And the World's Favorite Number Is...

A survey launched by a British mathematics writer has found that seven is the world’s favorite number, reports The Guardian. The results of the online survey were published on Tuesday, with three, eight and and four coming second, third and fourth.

Alex Bellos said he started the survey because of his belief that people have strong feelings about numbers, something he learned from giving talks about math in schools, colleges and festivals. “I am always asked for my favorite number – it’s guaranteed this question will come up,” he said.

Bellos, whose new book is entitled The Grapes of Math, claimed he received over 30,000 responses within a few weeks of launching the survey, with total responses currently standing at 44,000. Out of all the submissions, almost half of the votes cast were for the numbers between one and 10. The least favorite number turned out to be 110, which was the lowest number to receive no votes.

The writer suggested that the reason for seven’s popularity is its prevalence in global culture, from Snow White and the Seven Dwarves, to the existence of seven days in a week.

“We love seven because it is unique. It reflects our uniqueness. Of course it’s the world’s favorite number,” he said. 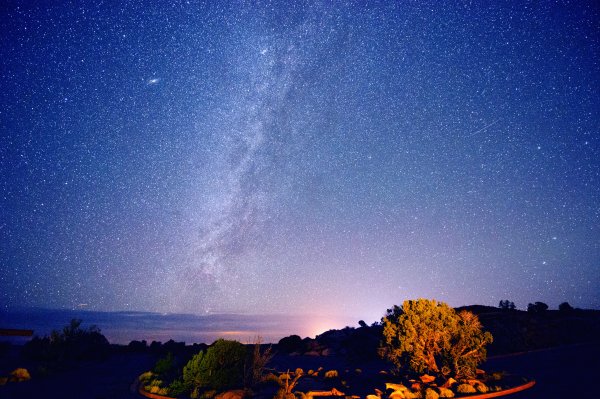 The Mystery of Dark Matter: WIMPS May Have the Answer
Next Up: Editor's Pick