Kristina Kruzan, a Washington doula, says that she became more open to vaccines after having conversations with a naturopathic pediatric primary care provider
Courtesy Kristina Kruzan
By Tara Law

For 15 years, Kristina Kruzan refused to vaccinate her three children. When the Seattle-area doula’s eldest son was 3, she says, she started to search the internet for more information about vaccines. She realized that there was a lot she didn’t know about vaccines — but when she went to pediatricians for answers, she says, they seemed annoyed that she was even asking questions.

“You want me to poke a needle in my baby’s skin, put chemicals in them and you can’t even tell me what it’s made of?” she says. Without more information, she says, she didn’t feel like she could trust vaccines.

That started to change when she met naturopathic pediatric practitioner Elias Kass at a conference for midwives about 5 years ago. Klass took the time to answer her questions, and gradually convinced her that vaccinations were important to protect her children and the people around them.

“He always makes the time for me; he’s never spoken down to me,” Kruzan says. “Finally I found a person who could say, ‘I know you have concerns. Let me find an answer.’”

After talking to Kass for about a year, she says, she had her three children — who were then about 18, 13 and 7 years old — vaccinated.

Vaccine researchers say the relationship like the one Kass built with Kruzan is key to improving vaccination rates, which have been falling across the country — especially in Washington and Oregon.

Elias Kass with his child. Kass is a Seattle naturopathic pediatric primary care provider who advocates for parents to vaccinate their children.
Courtesy of Elias Kass

Over the past few months, 54 people in Washington — including one in King County, which includes Seattle — have been infected with measles, a disease that can be deadly to young children but is easily preventable with the MMR (measles, mumps, rubella) vaccine.

Nationally, vaccine rates have continued to remain high. About 91% of children who are between 19 months and 35 months old have received the MMR vaccine, according to the CDC. And with a new outbreak of measles, many parents who had not vaccinated their children are taking steps to get them vaccinated. More than six times as many people in Clark County, Wash. — the epicenter of the outbreak — got an MMR vaccine from Jan. 13 to Feb. 2 compared to the same period last year.

Kruzan says she’s glad that she doesn’t need to worry about her family getting sick — mainly because they won’t spread the disease to someone who is more vulnerable.

Doctors consider naturopathic medicine to be a “complement” rather than a replacement for traditional forms of medicine, says pediatrician Dr. Ken Hempstead, who leads vaccine outreach training for doctors for Kaiser Permanente in Northern California. However, he argues that naturopathic medical practitioners can be an important way to get information to patients — although he notes that not all naturopaths support vaccines.

Naturopathic physicians may have an easier time building trust with parents who are hesitant to vaccinate their children because they’re seen as separate from mainstream medicine, says Hempstead. Trust in the healthcare system has declined in recent years, according to at least one study, and all healthcare practitioners can encourage vaccines by building stronger relationships with patients.

“Like it or not, it really just falls down to trust,” Hempstead says.

Rupali Limaye, an associate director at Johns Hopkins’ Institute for Vaccine Safety, says that it’s important for providers to “not be dismissive,” of parents who have concerns about vaccines, “but not confirm their concerns.”

It’s crucial, Limaye says, for providers to be calm and to “build some empathy: ‘I understand where you’re coming from, let me tell you what I do.’”

“Most people are not truly anti-vaccine, they just have questions and concerns,” Limaye says.

Kruzan credits Kass with helping her to reconsider vaccinating her children. Kass, who has a Naturopathic Physician license with the Washington State Department of Health, even received an award from the CDC for his efforts to promote vaccination.

Kass says that he knows that a lot of his patients turn to naturopathy because they’re skeptical of mainstream medicine, and that he’s in a special position to get through to them about vaccines.

Kass says that his system for talking to his patients about vaccines is very pragmatic. He carefully lays out the vaccine schedule step by step and explains the disease that vaccines prevent. Ensuring that people have access to correct information, Kass says, is vital. While vaccines are “extremely safe,” Kass says, they are also very complex — which can lead to misinformation. When parents have questions, he says, he takes extra time with them to make sure they understand the science.

For instance, Kass says, some children who have an MMR vaccine may develop a rash and fever that look a lot like measles, but it’s not actually the disease — and does not have the same risk of serious or life-threatening complications. Kass says that social media has exacerbated misinformation.

Kass’s effort to encourage parents to vaccinate their children has recently taken on greater personal resonance. Kass’ youngest child is 9 weeks old — too young to receive most vaccines.

“It’s really important to me in a really literal way because I don’t want my son to get sick, but I also want people to value evidence, science and medicine,” Kass says. 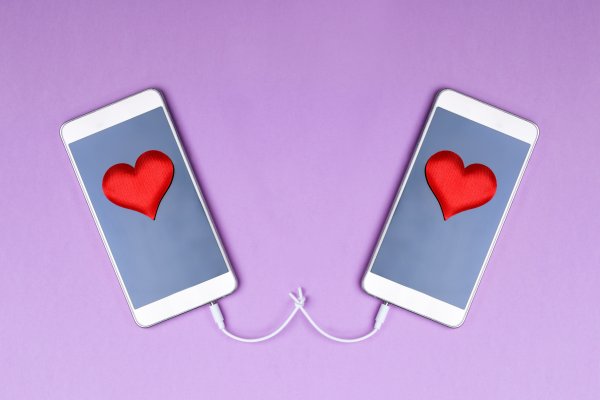 4 Digital Rules You Should Follow When You're in Love
Next Up: Editor's Pick