Starting in the late 1960s, Don Cox spent five years as part of the Black Panther Party’s high command, doing everything from planning armed attacks to raising money from Leonard Bernstein. Cox fled the United States for Algiers and later France, where he died at 74 in 2011. At his death, he had completed a memoir. In this excerpt from the posthumously published work, the title of which Cox chose in a nod to a W.E.B. Du Bois quote, Cox explains his view of how the party’s cult of personality contributed to its own eventual demise.

By January 1969 the Black Panther Party had chapters all over the country. The party, as it then stood, had been built up by Eldridge Cleaver (with the help of countless thousands, naturally) to keep Huey Newton, the cofounder of the party, from being sent to the gas chamber. He’d been charged with the killing of an Oakland policeman in October 1967. Huey was then in prison at the California Men’s Colony in San Luis Obispo, California, and Eldridge had fled the country and gone into exile. None of us who were left really knew what to do.

Other than the campaign to free Huey, there was no long-range strategy or plan of action for leading the struggle, despite the fact that we now had a national organization in our hands. We hit the books to grasp Marxism-Leninism as a tool that would help us with the task ahead, and political education became the order of the day. Daily community work continued, but every spare minute was used to study. Each branch was to conduct at least three formal political education classes a week, and in addition to attending classes at the branch offices across the Bay Area, we all went to headquarters on Sundays for a general class. The demographic makeup of the organization was such that there were many members who could not read or effectively understand what they were reading, and so we used the tried-and-true method of going through the materials word by word, line by line, not advancing until everything was understood by all.

Ironically, the ideological basis for the internal destruction of the Black Panther Party was laid with the first book we studied. It was Joseph Stalin’s The Foundations of Leninism. That text was used to instill love for the party above everything else — even, eventually, the struggle, as it turned out. We didn’t know then that Stalin had massacred millions in the name of the party, and I must admit that, at the time, I’m not sure it would have mattered. That thought is very frightening, but it is one I cannot deny. One thing proved certain: if you can get an African American lumpenproletariat to love Stalin, you either have a true revolutionary or a cold-blooded killing machine.

As the ideas of Marxism-Leninism spread throughout the party, it quickly became afflicted with avant-gardism and elitism, considering itself the sole possessor of the truth. Anyone who didn’t adhere to Marxist-Leninist ideas was treated as an inferior being, worthy of being despised. Adopting the Marxist Leninist structure of the party, with democratic centralism as its soul, all power was then confiscated in the name of the central committee, which, in reality, meant just David Hilliard, the party’s chief of staff, and Bobby Seale, the party’s cofounder. In name I was a member of the central committee from the time I met Bobby at the beginning of 1968 until I resigned in the autumn of 1973, and during that time there was never one meeting of the central committee, nor were there ever points at which members of the central committee were asked to vote on any proposition. Or, if there was, I was never told about it. Whenever David or Bobby thought up anything, it was simply sent down through the organization as a directive from the central committee. Frankly, I did not object to that way of doing things at the time because I didn’t know what else to do. I was aware of my intellectual limitations and had no pretentions of being a political analyst, so I blindly went along with the usurpation of power, as did most everyone in the party at that time.

In the beginning of 1969 it also became necessary to clean up the organization and instill discipline. For the mobilization of the Free Huey campaign, recruitment had been wide open, and not much more than loyalty was asked of our members. As long as one did what one was told, that was about all that was required to be part of the party. As a consequence, there were many undisciplined individuals claiming the Panther title. Many “Panthers” would only show up at rallies or events where they got the opportunity to look sharp in the Panther uniform, but when it came to everyday work like selling papers or distributing leaflets, they thought that was beneath them. Some related only to the uniform and the gun. With the lull in “floor show” activities after Huey was imprisoned and Eldridge was in exile, these individuals began roaming around intimidating people, trying to prove how bad they were.

Huey and Eldridge were, for many of us, the messiahs. The very nature of the campaign to free Huey, as conceived by Cleaver, was in fact the creation of a cult of personality. Newton became our god. On all subjects on which he felt the need to express himself, he became the sole possessor of truth. His every word became the law and line of the party.

I do not agree with the widespread idea that it was repression by law enforcement agencies that destroyed the Black Panther Party. Of course, they did much harm. But each blatant act of repression was accompanied by growing support among the people. The public repression the party received was clear evidence, for all to see, that the things we were saying about the repressive, exploitative nature of the American system were true. After the murder of 21-year-old Fred Hampton, the charismatic head of the Chicago chapter, in his bed in December 1969 as he slept, even our staunchest detractors began giving consideration to what we had been saying.

We refuse our own history by blaming everything negative thing that occurred on the COINTELPRO, [the secret government program to spy on and divide the left]. That is a very convenient way of avoiding analysis. When Huey fell, we so desperately wanted to save him from their clutches, and possibly the gas chamber, that we glorified him — far and wide, north and south, east and west. The actual Huey could not survive the Huey that we had created. How many could have resisted. We killed Huey with our love!

Those of us with experiences in the struggle have a historical responsibility to pass them on. Mistakes are the nursery of new ideas, so we must share them too; if we continue to hide and distort our errors, those coming after us will be condemned to repeat them. We cannot afford the luxury of leaving it up to historians to reveal what we did after fifty or one hundred years have passed. Present conditions demand we tell our stories now.

Excerpted with publisher’s permission from Just Another Nigger: My Life in the Black Panther Party by Don Cox (Heyday). 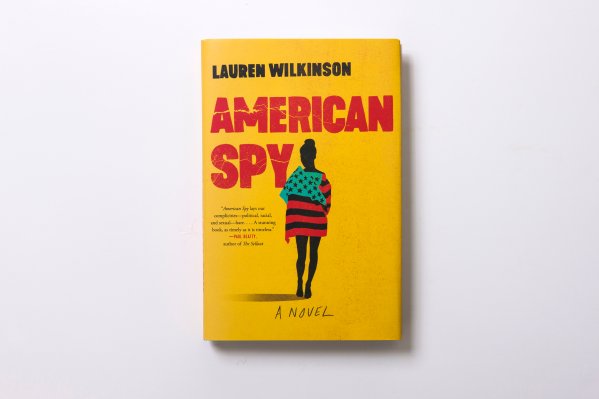 A Spy Thriller Like You’ve Never Read Before
Next Up: Editor's Pick