'Are They Being Watered Properly?' Couple in Japan Beg 'Thieves' to Take Care of Their Precious Bonsai Trees

A bonsai tree is seen at the 2017 Chelsea Flower Show in London on May 22, 2017.
BEN STANSALL—AFP/Getty Images
By Wilder Davies

A couple who specializes in growing bonsai trees was left heartbroken after seven specimens worth upwards of $100,000 were stolen from their nursery in Saitama, Japan. Now, they have asked whoever the guilty party out there is to make sure and water these plants.

Seiji Imura spread word of the incident in a Jan. 13 Facebook post, where he wrote that several of bonsai had been stolen overnight from their garden. He stated that the particular bonsai were “deeply important” to him and the garden, and implored anybody who might have seen them to reach out.

Seiji and Fuyumi Iimura told CNN that the thieves specifically targeted their most valuable specimens out of their collection of roughly 3,000 bonsai. The most valuable was a 400-year-old Shimpaku juniper which alone was worth $90,000 USD. Iimura added that the tree would not be able to survive a week without water.

Since the incident, the couple has continued to expressed their deep sadness on Facebook, and have asked those responsible for taking the trees to care for them.

“These bonsai that we raised like children,” Fuyumi Iimura wrote, “are they being watered properly?”

The Iimuras have expressed gratitude for the “all the words of encouragement” they have received, but not a single tree has been found.

According to the Asahi Shinbun, rare bonsai theft is problem for growers, as the rarest specimens can fetch high prices outside of Japan. 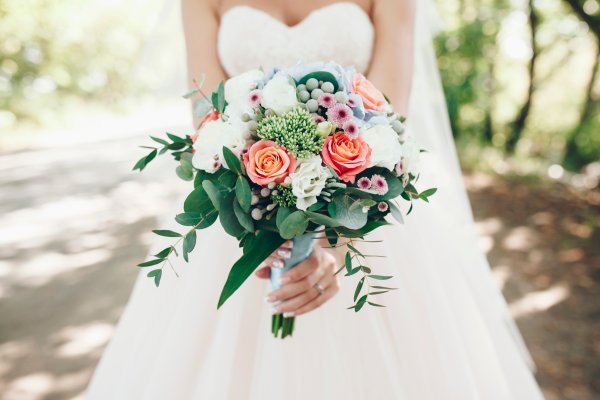 People Are Loving This Photo From a Wedding That Threw the Rulebook Out the Window
Next Up: Editor's Pick