John Oliver may be known for putting the Trump administration on blast, but that doesn’t mean he thinks that President Donald Trump has no chance of getting re-elected in 2020.

During a Monday appearance on The Late Show with Stephen Colbert, Oliver was chided by the audience for suggesting that Trump could end up back in the Oval Office for a second term.

“I definitely don’t have that kind of optimism,” Oliver said when Colbert proposed that the end of Trump’s presidency could be in sight. “To say we’re halfway through his presidency, I think, is to ignore the concept of a second term possibility. We are two to six years away from the end of his presidency.”

The remark prompted a round of boos from Late Show fans, which Oliver chose to interpret as people hoping for Trump to serve beyond the two-term limit set by the Constitution. “Is there some big Trump 2024 fans in here?” he asked. “You’re pulling a different crowd.” 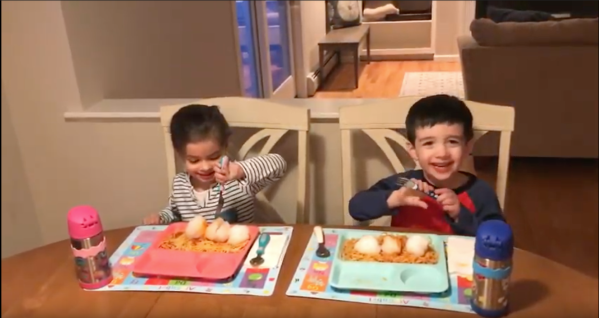 'You're Weird, Mom.' Parents Serve the Spaghetti and Snowballs Challenge to Kids
Next Up: Editor's Pick