'Weirdest Set of Coincidences in My Life.' Scientists Tracked Down the Owner of a USB Stick Found in Frozen Seal Feces

The owner of a USB stick found in the feces of a leopard seal in New Zealand has been identified — and in what seems to be an unthinkable coincidence, she’s the person who helped collect the sample in the first place.

Last week, the fully-functioning USB stick was found in a sample of seal feces being studied by the country’s National Institute of Water and Atmospheric Research (NIWA). The organization put out a call for the rightful owner, broadcasting the footage of two sea lion pups on the South Island coast that was saved in it.

Amanda Nally, described as a seal enthusiast, was watching the nightly news when she immediately recognized the clip as her own and realized the USB stick in question was hers.

NIWA tweeted Wednesday that the owner had been located.

Coincidentally, Nally was actually the person who alerted the leopard seal hotline when she found the creature on Oreti Beach looking thin and perhaps ill. A vet came to examine the animal, and Nally suggested that the feces, which hold valuable information about the rare leopard seal, be sent to NIWA for analysis.

Unknown to Nally, the feces — which contained a lot of feathers — concealed her USB stick that she had earlier lost.

Representatives of NIWA theorize that a bird had eaten Nally’s USB stick, and the seal then ate the bird, causing the USB stick to be deeply embedded in the scat.

“This is probably the weirdest set of coincidences in my life – ever,” Nally said. 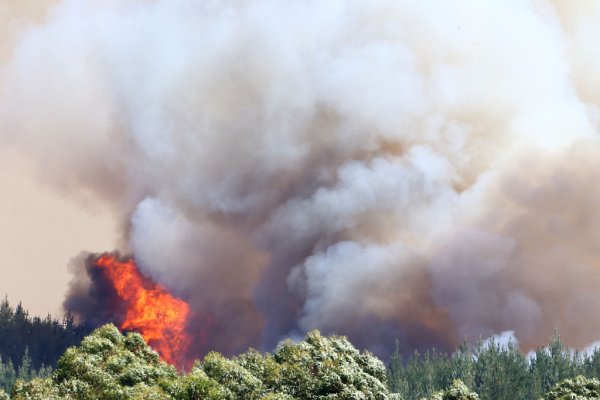 New Zealand Wildfire Tears Through More Than 5,000 Acres
Next Up: Editor's Pick