It has been nearly five decades since Kim Phuc Phan Thi was captured on camera, at the age of nine, naked and fleeing a South Vietnamese attack that left her severely burned.

On Monday, the woman who became known as “Napalm Girl” was awarded one of the world’s most prestigious honors, the Dresden Peace Prize, for her work as an activist.

The 55-year-old, who now lives in Canada, is the founder of the Kim Phuc Foundation, an organization dedicated to supporting the work of international organizations that provide free medical assistance to children who are victims of war and terrorism. She has also been designated by UNESCO as a goodwill ambassador for culture of peace.

The image was captured by Associated Press photographer Nick Ut in 1972, and was later honored with a Pulitzer Prize. In 2012, Ut told the AP that Kim lost consciousness shortly after the picture was taken. He drove Kim to a hospital, where he was told the child was injured beyond help.

But Kim survived, and the photograph became iconic of the Vietnam War. 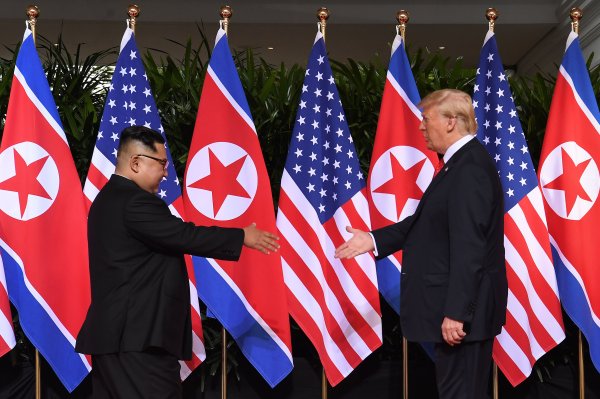 Why it Makes Sense for Vietnam to Host the Trump–Kim Summit
Next Up: Editor's Pick