Every year since 2009, Bill and Melinda Gates have written a letter about the issues and innovations most striking to them. The goal is to bring important global issues to people’s attention so that more minds can work to create solutions and improve life for everyone on the planet.

Their newly released 2019 letter, which is themed “We Didn’t See This Coming,” includes examples of cutting-edge technology — like self-contained toilets that don’t require connection to a sewage system — as well as efforts to address social challenges like domestic violence.

“Bill and I travel a lot locally and globally, together and often separately,” Melinda Gates tells TIME. “What we wrote in this year’s letter are things that when we come [together] after traveling separately, we describe to one another.”

Here are five of the nine innovations and issues highlighted in this year’s letter from Bill and Melinda Gates.

One initiative that caught the Gateses’ attention this year is a school- and neighborhood-based behavior program called Becoming a Man, which helps young men in high-crime areas learn skills for avoiding violence and controlling potentially dangerous impulses. Programs like this, says Bill — who participated in one in Chicago — show the power of even low-tech solutions like teaching basic coping skills in changing people’s lives. Studies of the program find that men who learned from the program have about half the arrest rates of men who don’t do the sessions.

Africa — while an ancient continent with man’s earliest evolutionary ancestors — is today one of the youngest in terms of average age. “Africa has such an enormous youth population, with a median age of 18,” says Melinda. This demographic phenomenon is a huge opportunity, she says, “to help them not only survive but thrive and add to the global economy.” Though the Gateses anticipate challenges with development, improving infrastructure, introducing stable governments and economies are critical for raising opportunities for people in low resource countries, they write.

Another surprise they highlight is the fact that the equivalent of a new New York City is being built every month globally, and this rate of development will continue for the next 40 years. That’s furthering concern over climate change, Bill writes in the letter. Manufacturing produces about 21% of the greenhouse gases emitted around the world, much of it from producing the cement and steel required to erect the buildings that form the cornerstone of urban development. “If we’re going to solve climate change, we need to get to near zero emissions on all the things that drive it — agriculture, electricity, manufacturing, transportation, and buildings,” he writes. “Solar panels are great but we need to be hearing about trucks, cement, and cow farts too.” Already, the European Commission is investing in research to lower emissions in each of these industries.

Public health at the global level

By encouraging people to think globally, the Gateses also make a globalist case for nationalism, noting that peace and stability around the world contribute to security at home. Investing in the health of the world plays a critical role in that stability. What experts learn from improving public health in the developing world can also be used to improve health issues in developed nations as well, like premature births. “The work on prematurity will be equally beneficial in the U.S. to understand how to detect the risk of premature births early to make sure there are advanced services in place for those at high risk,” Bill says.

To do almost anything to improve global health requires solid and reliable data, and that’s still lacking in a number of key areas, especially women’s health. For Melinda, the most surprising of the nine issues they highlight is the fact that data is still sexist, and critical information on the state of women’s health is missing. “When I got into this work, we couldn’t make investments without good data. We think data is objective, but it’s not. If we don’t collect data about women, about women’s lives, and if we don’t ask the right questions, we inadvertently bias the data. Then we don’t know where to invest on behalf of women,” she says. The Gates family is part of a coalition advocating for a gender data revolution, teasing apart existing datasets by gender and ensuring that future studies include women in order to expose their needs and the best programs for addressing them.

Those types of efforts — and the results they produce — make Bill and Melinda Gates optimistic about the future and hopeful that investments in the right programs, whether they’re high tech or not, are worthwhile. Bill points to the progress made in improving nutrition for people around the world, and in the discoveries scientists have made about how the body’s microbiome is affected by what people eat — and therefore affects the diseases to which humans are vulnerable. “Whether we’re improving outcomes for everyone or driving toward better equity,” he says, “that stuff excites us.” 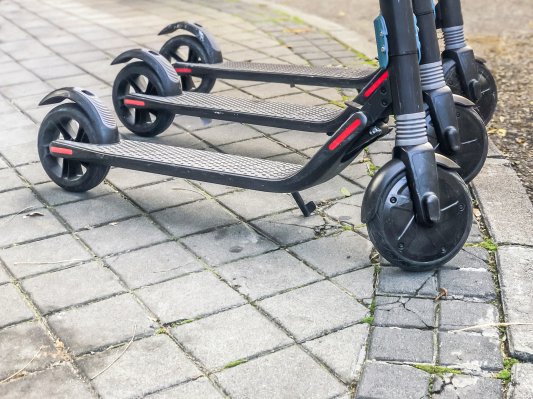 Electric Scooters Are Popping Up in Cities Across the Country. But Are They Safe?
Next Up: Editor's Pick