'I Just Wanted it to Be Pretty.' Everyone's Favorite New Exuberant Pianist Discusses Her 2019 Grammys Performance

A pianist garnered plenty of admiration from the collective minds of the Internet on Sunday night during the 61st Grammys when she opened for Cardi B’s “Money” with the utmost ceremony.

When you think of the 2019 Grammys, you think of the A-listers in gowns nabbing that hardware from the Recording Academy. But let’s not kid ourselves. The barometer for owning the night is different on social media where anyone can achieve a different kind of victory: winning the award for the internet’s favorite new person. And on Sunday that person was the “Cardi B pianist,” a.k.a. Chloe Flower, birthname Chloe Won.

That’s because the 33-year-old ivory tickler unleashed a thousand watts of feverish energy in a voluminous black and white gown topped off with a game face that said it all.

She came to play, but at the same time, she did not come to play. She’s the kind of person who can do things like that simultaneously.

In the space of just 10 seconds, Twitter was transfixed with the classically trained pianist.

“I didn’t expect this kind of feedback. I’m grateful and shocked,” she told TIME Monday. “I’ve never sat on a stage like that and rocked out to hip hop.”

Her theatrical arm moves and that game face were all her. Cardi B’s performance’s creative director Tanisha Scott’s only notes?

“Look at the camera, hold your pose and just stay in the zone. But do it bigger,” Flower says.

Going that big was a first for her.

“When I realized the camera was going to be on me, I thought O.K., I’m going to maximize the opportunity and do my best to engage with people at home. I basically went into Sasha Fierce.”

As for the ruffled gown Flower was decked out at Liberace’s glittery piano in, Cardi actually had something to do with the wardrobe choice. “She said I want her to look more extravagant. I want her to stand out more. She was giving me so much shine, I thought it was very gracious.”

Moving forward, she’d like to continue to focus on producing and music education.

Here’s what to know about Chloe Flower:

She did the score in the 2015 Misty Copeland documentary A Ballerina’s Tale, under the direction of Nelson George. That’s where she picked up some movement inspiration for her Grammys performance.

“I just wanted it to be pretty,” she explained.

She’s a bit of a fashionista.

If you were not sated with her accompaniment on Sunday night, not to worry. Her album is coming soon, according to her website. 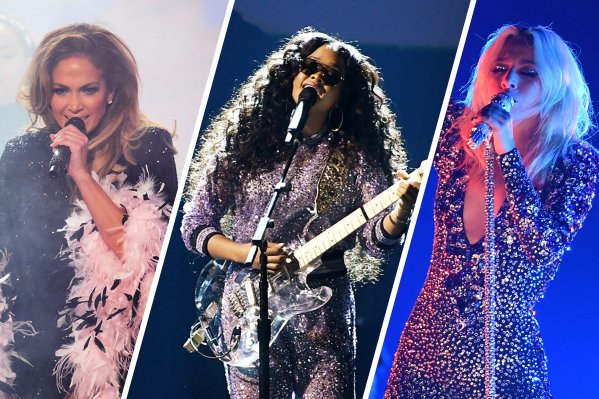 The Best and Worst Moments of the 2019 Grammys
Next Up: Editor's Pick