Of all the movies playing in competition here at the 69th Berlin Film Festival—officially known as the Berlinale—Fatih Akin’s The Golden Glove was the one with the most potential to make a splash Stateside.

That was until people actually saw it.

Akin, born in Germany and of Turkish heritage, is one of the most respected and just plain liked filmmakers in Germany. American audiences may be most familiar with his marvelous 2004 breakout film Head-On (its German title is Gegen die Wand, translating roughly to “Against the Wall”), in which an emotionally troubled young woman from a repressive Turkish family (Sibel Kikilli) talks her way into a platonic marriage with a decrepit fortyish rogue who has drunk a little too deeply from the trough of rock’n’roll (Birol Ünel). It’s a gorgeous, vital film about displacement and belonging, both in the country where you live and with the person in bed next to you.

Akin has made other movies since then, of course: The most recent was the thoughtful crime thriller In the Fade (2017), which won that year’s Golden Globe for best foreign-language film. But nothing has captivated American audiences as Head On did. And now, with The Golden Glove, Akin pushes that potential audience even further away. Adapted from a novel by Heinz Strunk, a best-seller in Germany, The Golden Glove tells the story of real-life killer Fritz Honka (played by the young German actor Jonas Dassler, in heavy prosthetic makeup) who murdered—and dismembered—at least four women in Hamburg in the early 1970s. Akin doesn’t downplay the grisly details, and even though much of the horrific violence takes place just off-screen, there’s nothing discreet about it: The sound of a hacksaw carving its way through a woman’s neck doesn’t leave much to the imagination. Not even the guy who’s doing the deed wants to hear it; he interrupts the task at hand to slap a record on the hi-fi, though it’s not clear if the schmaltzy ballad he’s playing is designed to muffle the sound or turn the event into a kind of sick celebration.

Honka is a hardcore weirdo who hangs out at the bar, in Hamburg’s red light district, that gives the movie its title. This is a place where forgotten, broken people show up to obliterate not just their memories, but their lives. Some are pathetic and sad; others are downright mean. Honka, a hunched loner with a lazy eye and meaty, molten features, drinks, drinks and drinks some more. Booze fires up both his sex drive and his thirst for sadism. The movie opens with a half-glimpsed corpse lying on a dingy, rumpled bed—this is Honka’s first victim, her stockings constricting her chubby legs like sausage casings. After folding the body up and stuffing it into a garbage bag, he begins dragging it down the stairs of his attic flat—its head bumps along each stair with a muffled clunk, like a bowling ball wrapped in a scrap of cloth.

That’s before the first dismemberment—and at this point, we’re barely 10 minutes into the movie. The Golden Glove is a turnoff the minute it starts: The dim beige color palette, the recurring bludgeoning and blood-splattering, the way Akin observes Honka’s first grunting, aggravated act of body disposal (he acts as if the corpse has done him an inconvenience). Sometimes Akin’s tone is jaunty, particularly when he’s observing the Golden Glove’s patrons: In an early scene, the weatherbeaten bartender wears a shirt with a bunch of little shirts printed on it, one of those kitsch-classic 1970s numbers that reads like a little joke.

But the relentlessness of The Golden Glove is exhausting. Where has Akin gone? He’s not a passive observer—even here, he’s alive to everything he’s showing us, and you can almost read his brain vibrations on the screen. It’s not that he’s stopped thinking. But his movie is heartless, and tinged a rotten green with misogyny. Honka’s victims were older women, over 50, with faces that might once have been pretty but are now marred by broken teeth and sunken, dispirited eyes. You get the sense Akin is sympathetic, in theory at least, to these women—he’s too sensitive a filmmaker not to be. He takes pains to show how one of Honka’s almost-victims, the exceptionally sad-eyed Gerda (Margarete Tiesel), is so lacking in self-esteem that she can’t see anything abnormal in the way Honka verbally berates her. (Verbal berating is another one of this charmer’s skills.) And no matter how intense and repugnant The Golden Glove may be, it’s nowhere close to the destructive sadism of Lars von Trier’s The House That Jack Built—Akin’s film at least feels as if it were made by a human being, albeit a misguided one.

Even so, Akin is unsparing in the way he films these women’s bodies, with all their lumps, bumps and bulges. The film’s visual and spiritual ugliness is relentless and punishing, and Dassler’s performance is grim in its believability: With his shifty eyes, smudgy aviator glasses and swollen gums, Honka is the kind of guy you’d take great pains to avoid on the street. It’s impossible to feel anything for him, or to understand him, which is as it should be—he’s a monster. But then, do you really want to watch a whole movie about him?

The Golden Glove is, in the most basic sense, well constructed. It’s also the kind of movie you may end up wishing you’d never seen. Even hardcore Akin devotees should proceed with caution, and be ready for disillusionment. The craftsmanship is there. But Akin’s judgment has gone AWOL, and with it, his heart. 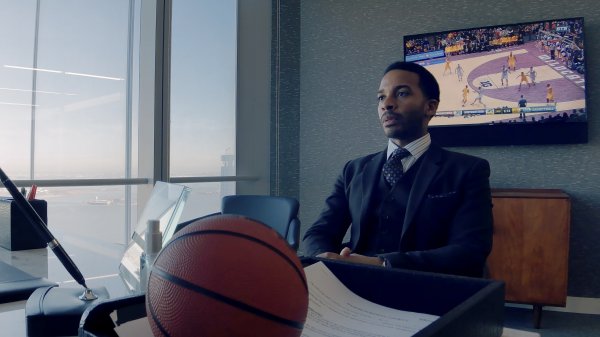 How Netflix's High Flying Bird Upends the Conventions of the Sports Movie
Next Up: Editor's Pick