The first look at Will Smith as the Genie in Disney’s remake of Aladdin is here, and one thing is clear: People aren’t sure how to feel.

Disney aired a new full trailer for its live-action adaptation of the animated film during the 61st Grammy Awards on Sunday night. The CGI-enhanced Smith is the same bright blue shade as the original film’s genie.

Considering the late comedy icon Robin Williams performed the voice of the original genie, Smith has some pretty big shoes to fill. The original Aladdin was also the highest-grossing film in 1992 and won two Academy Awards. But if the Fresh Prince of Bel-Air star’s previous work is any indication, he may be up for the task.

Directed by Guy Ritchie, the man behind 2009’s Sherlock Holmes, Aladdin hits theaters on May 24.

While some people took to Twitter in awe of Smith’s look as the Genie, others felt a bit less positive about the casting. Here are some of the best reactions to the trailer. 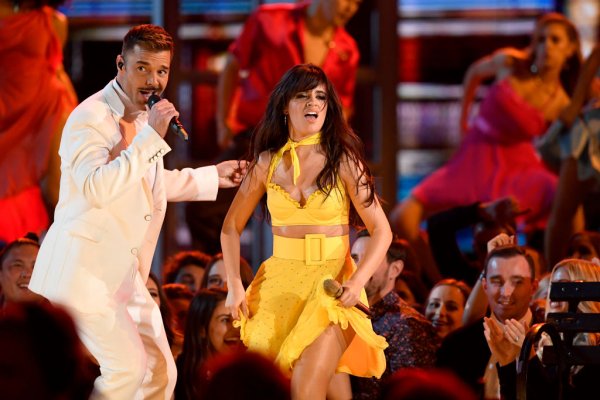 Camila Cabello's Grammy Performance Had a Hidden Anti-Wall Message
Next Up: Editor's Pick