Duke University is investigating a sexual assault allegation made Friday against a former men’s basketball player.

The claims were made in a statement by the attorneys of Meredith Watson, who has also said Virginia Lt. Gov. Justin Fairfax sexually assaulted her on the university’s Durham, North Carolina, campus when they were both students there in 2000. Fairfax has refused to resign as he faces two allegations of assault.

“Ms. Watson was raped by a basketball player during her sophomore year at Duke,” the statement said. “She went to the Dean, who provided no help and discouraged her from pursuing the claim further. Ms. Watson also told friends, including Justin Fairfax.”

Duke coach Mike Krzyzewski told ESPN both he and the university understand the severity of the matter.

“I think there was an allegation made, right?” the coach told the network after Saturday night’s game against Virginia. “I’m not sure that’s true or not, but there’s an allegation. I didn’t find out about it until late last night, and I have no knowledge about it.”

The school released a statement on Saturday night.

“Duke first learned of the allegations involving a student-athlete last night when they were reported by the media,” the statement said. “Coach Krzyzewski confirms that he had no knowledge of the alleged conduct from 1999. The university is looking into the matter and will have no further comment at this time.”

The player’s identity hasn’t been released. 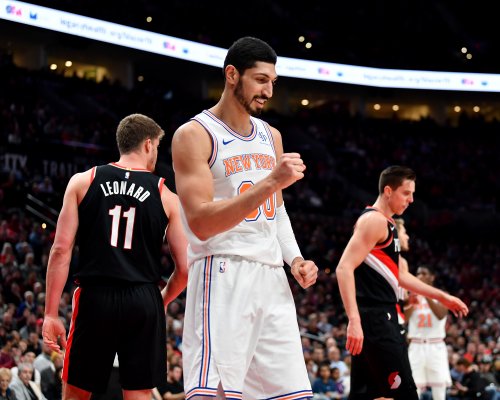 'This Is Much Bigger Than Basketball.' NBA's Enes Kanter Opens Up About Being Wanted by Turkey
Next Up: Editor's Pick