Reddit Users Rally Against Chinese Censorship After $300 Million Funding Round

As news that Chinese company Tencent will invest $150 million in Reddit ricocheted across the popular aggregation website, Redditors expressed fears about censorship — and shared a lot of Winnie the Pooh and Tiananmen Square pictures.

The deal with Tencent, a holding company which specializes in technology, is reportedly part of Reddit’s plan to raise $300 million to support the company’s operations, according to a report released Tuesday by TechCrunch. Reddit, which boasts 330 million active users and bills itself as the “Front Page of the Internet,” is inaccessible in China.

Update: Reddit confirmed the deal Monday morning, saying that it raised $300 million in a funding round led by Tencent and joined by several of the site’s existing investors. The deal gives Reddit a market valuation of $3 billion. The company did not offer further comment about the funding round.

Most of the backlash has been in the form of a number of posts to one of the site’s most popular groups, r/pics, which has over 20 million subscribers. Redditors have written that they feared the site, which is famously a bastion of free speech (with some exceptions) and the home of many niche communities, could end up facing censorship as is seen in China. There, the government blocks references to the bloody 1989 massacre in the Beijing square, as well as images that are more subtly subversive, such as the iconic and lovable Disney bear.

Since the deal was first reported five days ago, numerous Reddit users posted threads and memes criticizing the investment, arguing that it would cause Reddit to clamp down on freedom of expression outside of China. One post, which included the iconic image of a single man stopping a tank in Tiananmen Square, was by far the most popular post of the week and “up-voted” more than 200,000 times.

Some Reddit users posted Winnie the Pooh as an example of how arbitrary Chinese censors could be.

Winnie the Pooh has been an outlaw in China since 2017. The Chinese government appeared to tire of Chinese social media sharing an image of the cartoon bear walking with Tigger compared to a photo of Xi Jinping and President Barack Obama.

“Reddit is now funded by Chinese investors, so let’s remember that President Xi Jinping is so insecure in a meme that he banned Winnie the Pooh nationwide,” wrote Redditor kproxurworld.

Others also posted the iconic image of a man standing in front of a tank in Tiananmen Square.

“Given that reddit just took a $150 million investment from a Chinese censorship powerhouse, I thought it would be nice to post this picture of ‘Tank Man’ at Tienanmen [sic] Square before our new glorious overlords decide we cannot post it anymore,” wrote user FreeSpeechWarrior.

However, other users pointed out that Reddit is huge, and a $150 million purchase is not a controlling share in the company, which was valued at $2.7 billion at the time of the sale, according to Tech Crunch.

“A lot of people seem to think it’s a majority buy out for some reason,” wrote user Lunariel.

China has previously been very willing to censor western companies for referencing Winnie the Pooh. Last year, the country blocked HBO’s website after a segment of an episode of Last Week Tonight with John Oliver mocked China’s ban on Winnie the Pooh and censorship in the country overall.

Chinese censors’ aversion to Winnie has also been blamed for the embargo of the live-action Winnie the Pooh film Christopher Robin last summer, although it might have been just a regular victim of China’s cap on foreign films. China only allows in about 40 foreign films annually. 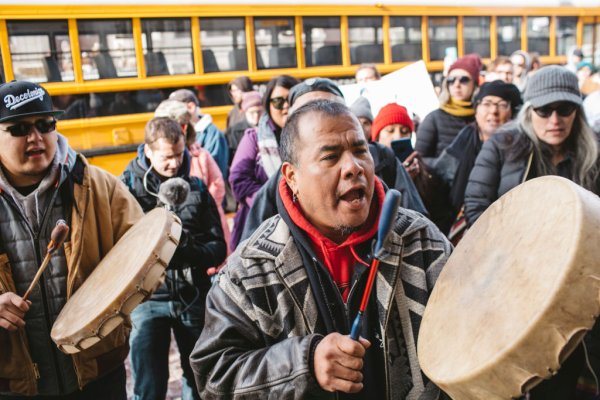