Meet Boi-1da, the Grammy-Nominated Producer Behind Drake, Beyoncé and Eminem

Every year of Boi-1da’s career could fill a greatest hits album.

The Toronto producer, born Matthew Jehu Samuels, has spent the last decade forging smashes for Drake (“Best I Ever Had”), Rihanna (“Work”), Eminem (“Not Afraid”), Kendrick Lamar (“The Blacker the Berry”) and many more. He’s celebrated for his lush R&B samples, dancehall expertise and stylistic flexibility.

But amidst all his successes, Samuels has yet to win a Grammy. That could change on Sunday night, when he is up for six awards, including Record of the Year—for Drake’s “God’s Plan”—and Producer of the Year, where he will compete against two of his foremost influences: Kanye West and Pharrell.

On the eve of the show, he talked to TIME about the importance of politics in hip-hop, the plight of 21 Savage and the possibility of working with Adele. Excerpts of the conversation are below.

Here are some of the songs you worked on this year: Drake’s “Duppy Freestyle,” Cardi B’s “Be Careful,” G-Eazy’s “No Limit,” Eminem’s “Lucky You,” Beyoncé & Jay-Z’s “Friends,” Jay Rock’s “Win.” Does that feel like a Producer of the Year year to you?

Yeah. It does feel like a Producer of the Year year for me. Before, I thought I couldn’t do better than 2016 [when he produced Rihanna’s “Work” and much of Drake’s Views]. But this year, I tried to trump that and did a lot of hard work. I think this was definitely my greatest year.

Sometimes you’re just feeling it. It’s like when a basketball player catches fire and starts hitting all his shots.

Do you create music for specific artists, or just see what fits afterward?

When I usually make music I go in the studio with an empty mind, no real plan. Wherever it goes direction-wise, or whatever it sounds like, you figure it out after.

You’ve worked with Drake from the beginning of his rise. In 2009, he proclaimed himself “last name ever, first name greatest” on “Forever,” and many scoffed. Did you believe at the time that he could actually enter that discussion?

Yep. I believed that when he was 17 years old. The first time I heard his music I said, “you’re going to be one of the greatest of all time—If not the greatest.”

You were also part of last year’s biggest hip-hop feud, producing “Duppy Freestyle,” Drake’s same-day response to the Pusha T diss aimed at him. What do you remember about that day?

I just heard a little clip online and I knew what time it was. That’s really all I can say about that one. When it’s go time, it’s go time.

What kind of vibe were you looking for when you created “Duppy Freestyle”?

I was looking for something for him to unleash on. Which he did.

You’ve been a mentor to Joyner Lucas, whose politically charged “I’m Not Racist” was nominated for Best Music Video. How important is it for hip-hop to engage in politics?

I think it’s very important for hip-hop to dive into that. Hip-hop is the news article for the streets. Me and Joyner, we talk about stuff that’s going on in the world. It always makes him motivated to do an idea for a song when he hears something happening.

21 Savage appears on one of the songs you worked on this year, Travis Scott’s “NC-17.” What can you say about his current situation?

That’s just pretty crazy that that happened. It’s very unfortunate they would do something like that to someone who came from the bottom and did it the right way. He made a lot of money for this country.

I hope everything works out for 21 because he’s a great guy. His maturity, his growth, to where he says he doesn’t want jewelry anymore: he’s preaching about spending money on lucrative things like buying property. He’s trying to change the mindset of the culture.

I feel like it has a lot to do with what’s going on in the government. People don’t want certain people to be awoken to certain things. I’m very appreciative of the way he’s been sharing to the world how to live.

You also worked on Beyoncé and Jay Z’s “Everything Is Love.” They’re credited as producers on the album. How does that manifest in the studio?

I even can’t really answer that. It was just an honor to work with Jay and Beyoncé. I grew up listening to them and admiring them and everything they’ve done for the culture and for music itself.

Given your Jamaican heritage and the fact you grew up with dancehall music, what does it mean to you to work on dancehall-derived songs like Rihanna’s “Work” and Drake’s “Controlla?”

It definitely means a lot because it’s the first music that I fell love with. It’s a music that’s a huge part of my culture, and to bring that to such a massive level is definitely an accomplishment. We got some positive vibes that make people want to dance again.

Hip-hop is driven by collaboration nowadays. Do you prefer collaborating or working on your own?

Most of the time I like collabing. I like to have different energy in the room and sort of an approval. I’ve been making music for a long time, and it’s kind of boring to sit in a room and make music by yourself some of the time, you know?

Do you ever get worried that too many people could water down an original idea?

No. Not with me in the room, because I feel like I’m very good at deciphering when we should stop. My motto is always less is more.

Did you watch the Grammys growing up?

Yeah. I watched it growing up, almost every year. I always loved everything about the Grammys—just watching my favorite artists and stars.

Many major stars, from Drake to Kanye West, have either criticized or sat out the Grammys recently. Have you talked with any artists about what the Grammys get wrong and what they need to improve?

You’ve said in previous interviews that you always wanted to do a song with Beyoncé. Now that you’ve achieved that, who’s next on your wishlist?

I would love to work with Bruno Mars, Childish Gambino, Kendrick again, Adele.

Did you say Adele?

Are you hoping she does a hip-hop record?

I don’t only do hip-hop. I make all kinds of music. I feel like I could make something really crazy with Adele. 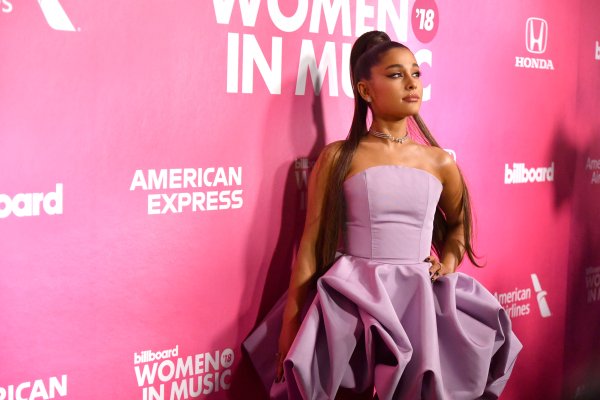