Review: 'Kingdom Hearts 3' Is a Series Finale That's Too Little, Too Late

Kingdom Hearts 3, available now for PlayStation 4 and Xbox One, feels like a game that hasn’t really grown up. Yes, it definitely is the desperately awaited sequel to 2005’s Kingdom Hearts 2, a title garnering critical acclaim and more than one re-release. It’s also the same action-packed adventure game that lets you take a peek into the visually delightful worlds of various Disney characters while you dish out magic and mayhem of all sorts. But Kingdom Hearts 3, through its subpar plot delivery and frustrating combat, disappoints in a way that is not surprising. It’s a game that, as one of many with a strong emotional bond to the series, gives you what you wanted, even if it is a decade or so late. But whether you still want it is the real question.

The twelfth entry in the franchise’s 17-year run, Kingdom Hearts 3 is the conclusion to what is planned to be the first of a series of stories set in the Kingdom Hearts universe. In it, you reprise your role as the sword-adjacent Keyblade wielder Sora, and are sent on a mission — along with allies like Riku, Goofy, and Donald Duck — to regain your lost powers in order to protect the titular Kingdom Hearts from radicalist Keyblade wielder and primary antagonist Master Xehanort.

Given the release schedule of prequels, sequels, and spin-off titles in the Kingdom Hearts franchise, as well as the in-story timeline involving body swapping, identical characters, shared souls, memory loss, and time travel, describing the story in detail is challenging to say the least. Kingdom Hearts 3 might take place after Kingdom Hearts 2, but the multitude of games in between the two do the heavy lifting in terms of setting the stage. That means fans of the first and second game will be guaranteed a plot that makes little sense before viewing at least one YouTube explainer.

Unfortunately, even being up to speed on the story can’t save Kingdom Hearts 3 from its own presentation. It’s a story-driven game, and cutscenes are prolific. As you advance after each battle, you’ll encounter more often than not stilted dialogue, drawn out cutscenes, and an uneven pacing symptomatic of a tale stretched far too thin. In a game so dependent on dialogue to advance the plot, I was taken aback by how dull the script actually was, and sighed in relief when conversations between tertiary characters finally ended. It’s an unfortunate flaw considering how gorgeous it all is.

Genuinely interesting themes about the soul and existence were given as much importance as generic platitudes about fate, friendship, and the forces of darkness. I’m all for the hero’s journey, especially one with anime-inspired storylines, but the game’s continued reliance on characters’ repetitive explanations isn’t engaging or informative in a way that guides new players, nor does it respect the intelligence of gamers old enough to remember playing the previous titles, ostensibly the target audience for this conclusion.

At the start of Kingdom Hearts 3, you’ll venture forth to various Disney worlds, piloting your way to each in your trusty “Gummi Ship,” a craft you build and use to fight enemies on your way there. It’s a fun diversion, and makes exploring the cosmos on your way to your next destination feel like its own reward.

Whether you love or hate the game’s catalog of Disney worlds to visit, they are all presented beautifully, and offer varying challenges, minigames, and mechanics. But they also share an unfortunate feature, despite the impressive visuals: emptiness. More than one character’s arc left me feeling like I was missing something, even though there was nothing left with which to interact.

Exploration, mainly to collect items used for cooking or fabricating more powerful weapons, isn’t enticing enough to shake the feeling I was walking through long-abandoned lands. In one world, where one might expect to find a bustling, creature-populated city, there are virtually no signs of life. In another, where you must rescue citizens from danger, the townspeople seem oddly relaxed, seemingly unaware of the disaster unfolding around them. Oh, and don’t expect to see any cameo appearances from your favorite Final Fantasy characters, either.

As far as fighting on the ground goes, you’ve got options. Combat is exciting and fast-paced, pitting you against multiple enemies at a time. The Keyblades acquired by protecting the Disney worlds from darkness grant you new powers and flashy attacks, letting you change up your fighting style whenever you wish. Equipping your weapons, abilities, and ensuring Donald and Goofy are well-stocked with items to keep you alive will increase your chance for success, and gives the game a more strategic element that can change the way you approach each battle.

Your special moves and combo attacks are the dopamine hit Kingdom Hearts 3 delivers best. Big boss fights, each appropriately styled according to their Disney world, are rewarding and challenging, especially if you’re unprepared. Along with your Keyblades, you can cast spells, summon Disney characters to temporarily fight alongside you, and use magic to dazzle with finishing moves resembling actual Disney theme parks rides. The feeling of freedom to experiment with your tactics in battle only grows, especially in the later half of the game when you’ve unlocked more abilities and have more Keyblades from which to choose.

But the game’s combat also shows its age, feeling like a knockoff of its predecessor. While that might sound like a plus, it neglects to improve faults from the previous title, and still leaves you fiddling with menus during battle, wrestling with camera angles and cursing issues that have been resolved in similar titles for years. Newer additions to the gameplay mechanics, including the ballet-like Flowmotion, are too unreliable to use during fights, and only further expose the barrenness of the worlds. It feels like a step back from the responsive controls and lofty standards set by recently released titles like God of War or Marvel’s Spider-Man.

Kingdom Hearts 3 sure does its best to pull out all the stops, giving players enough minigames, collectibles, and flashy moves to keep you feeling like you’re kicking butt and taking names. Great visuals and a decent strategy element underneath add up to an enjoyable experience as long as you can overlook the story’s bland writing and finicky combat issues. Whether or not the conclusion of this particular storyline satisfies fans of the series, it at least closes the book on Sora’s journey, and certainly gives everyone what they asked for: more Riku. 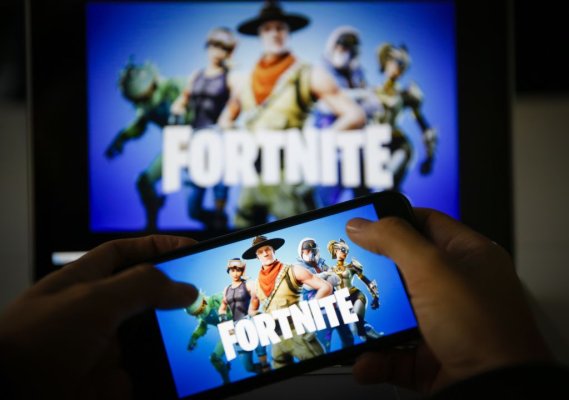 Fortnite Is Still Wreaking Havoc On the Video Game Industry
Next Up: Editor's Pick