It didn’t take much time for the fireworks to start.

Shortly after Acting Attorney General Matthew Whitaker was sworn in to testify before the House Judiciary Committee, Democratic Chairman Rep. Jerrold Nadler asked him if he had ever approved any request from Special Counsel Robert Mueller. Whitaker’s terse response was that Nadler has run out of time to ask the question. “Mr. Chairman,” he said, “I see that your 5 minutes is up.”

The gasps in the hearing room were audible – and provided an apt metaphor for the palpable hostility between the two. Whitaker’s testimony Friday was the first time an official from President Donald Trump’s Administration had come before the newly empowered House Democrats in a public setting, and the tensions were on full display.

Nadler, who was the only Democrat to question Whitaker before they recessed for votes, pushed the acting attorney general hard about his involvement with the Mueller investigation.

Whitaker testified that he had not spoken with Trump about Mueller and denied interfering with the investigation.

“I do not intend today to talk about my private conversations with the President of the United States, but to answer your question, I have not talked to the President about the special counsel’s investigation,” Whitaker told Nadler.

Whitaker also said that he had not briefed any “senior White House officials” about the investigation, although he declined to provide more specifics.

Nadler had pushed for Whitaker – whom Trump appointed in November after his predecessor Jeff Sessions was forced out – to testify before the confirmation of his likely replacement, William Barr. (The Senate is slated to vote on Barr next week). Although Whitaker had agreed to testify in late November, the path to his appearance was not without controversy.

Before they agreed to a hearing date, Nadler had maintained that Whitaker was dodging requests to appear. On Thursday, Democrats on the committee marked up a subpoena for possible use to compel his cooperation. Whitaker promptly responded by saying he would not attend the hearing if the subpoena was used. Nadler ultimately agreed with those stipulations. But he did not hold back in his opening statement, repudiated Whitaker’s decision not to recuse himself from the Mueller probe, despite the recommendations of Justice Department officials.

Within minutes of the hearing, the top Republican, Rep. Doug Collins, called for a vote to adjourn, although he was quickly overruled by Democrats. In his opening statement, Nadler criticized Whitaker’s decision not to recuse himself from the Mueller probe, despite the recommendations of Justice Department officials. “You decided that your private interest in overseeing this particular investigation—and perhaps others from which you should have been recused—was more important than the integrity of the Department,” Nadler said. “The question that this Committee must now ask is: why?”

Nadler also said Democrats would continue to seek answers once Whitaker left the position. “Your failure to respond fully to our questions here today in no way limits the ability of this Committee to get the answers in the long run—even if you are a private citizen when we finally learn the truth,” he said.

The statement prompted Republicans on the committee to unsuccessfully push to adjourn the meeting, arguing that it was solely staged for political purposes. “This has nothing to do with oversight of [the Department of Justice],” said Rep. Doug Collins, the top Republican on the committee. “This is nothing more than a character assassination.” 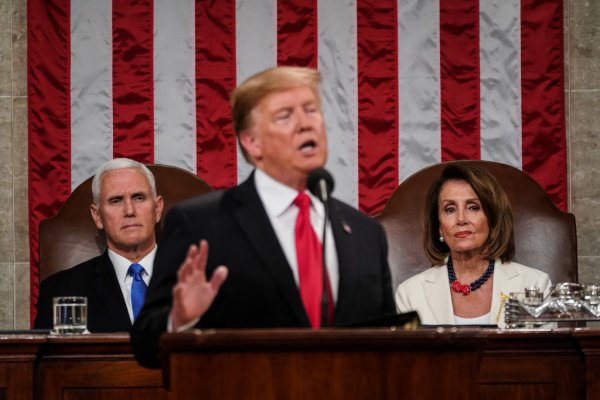 Democrats Are Starting the Process to Get Trump's Taxes
Next Up: Editor's Pick