Prince Harry and Meghan Markle may still be a ways away from becoming parents, but that isn’t stopping the Duchess of Sussex from making predictions about her husband’s future parenting ability for their royal baby.

“He’s going to be the best dad,” Markle was heard telling attendees at the Endeavor Fund Awards at Drapers’ Hall in London on Thursday, according to People. The royal pair dropped by the event to give out prizes honoring servicemen and women who have suffered from wounds, injuries or illness and gone on to participate in sports for their recovery.

Markle wasn’t the only one commenting on her pregnancy at the evening, either. Prince Harry also referred to his wife’s status, telling guests, “There’s a heavy baby in there!” according to PEOPLE.

While the due date for the new royal is still under wraps, hints suggest that Markle plans to give birth around April. Before then, however, the couple are keeping busy: Markle has stepped up to accept a number of royal roles, and they even announced this week they will be undertaking a trip to Morocco at the request of the government later in February. They are also in the process of remodeling their planned royal residence, a house on the Windsor estate outside of London. 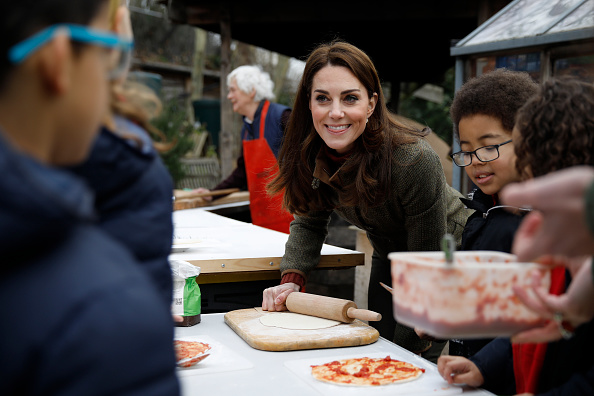 Kate Middleton Revealed Her Distinctive Pizza Preference and Everyone Has an Opinion
Next Up: Editor's Pick