Ivanka Trump Says She Has 'Zero Concern' About the Mueller Investigation

Ivanka Trump said she has “zero concerns” about special counsel Robert Mueller’s Russia investigation, and said she knew “very little” about a real estate project in Moscow pursued by the Trump Organization during the 2016 presidential election.

“No, I’m not. I’m really not,” Trump said in an interview with ABC News when asked if she was at all concerned that any of her loved ones would be implicated as Mueller looks into potential collusion between Russia and the Trump Campaign in 2016.

President Donald Trump’s oldest daughter, who serves as a White House adviser, also denied knowing anything of significance about the Trump Tower project in Moscow during the 2016 campaign. She said she “barely” knew about the potential plans.

“Literally almost nothing,” Trump said. “There was never a binding contract. I never talked with a third party outside of the organization about it. I mean we could have had 40 or 50 deals like that, that were floating around, that somebody was looking at. Nobody visited it to see if it was worth our time. So this was not exactly like an advanced project.”

Trump also sought to downplay any meaning behind the Trump Organization pursuing such a project during the 2016 presidential campaign. Michael Cohen, a longtime personal lawyer and fixer to President Donald Trump, pleaded guilty in November about lying to Congress regarding the proposed real estate deal in Russia and the extent of Donald Trump’s involvement with the project.

Ivanka Trump said there was nothing “strange” about a real estate development company having property in Russia.

“We’re not talking about Iran. It was Russia,” she said. “And we weren’t even advanced enough that anyone had visited the prospective project site. So it was really just a non-factor in our minds. I’m not sure that anyone would have thought of it.”

The President has denied having business dealings in Russia, telling a reporter in February 2017, “I have nothing to do with Russia. To the best of my knowledge, no person that I deal with does.” 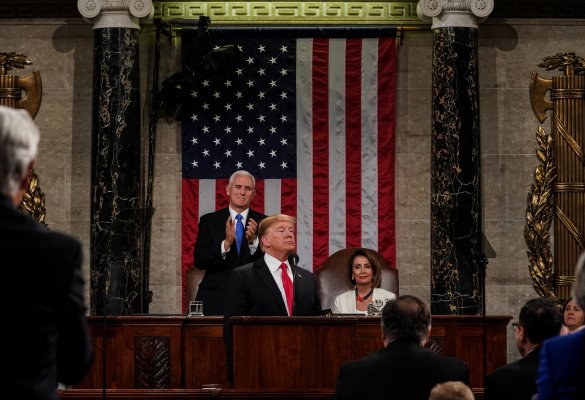 Donald Trump is Facing a Dilemma That Could Define His Presidency
Next Up: Editor's Pick