'I'd Rather Not Be Here.' Indian Man Wants to Sue Parents Because He Didn't Consent to Be Born

A 27-year-old Indian businessman is planning to sue his parents for bringing him into the world without his consent.

The BBC reports that Raphael Samuel from Mumbai identifies as “anti-natalist,” a belief that life is so insufferable that people should stop procreating.

“There’s no point to humanity. So many people are suffering,” Samuel said, according to the BBC. “If humanity is extinct, Earth and animals would be happier. They’ll certainly be better off. Also no human will then suffer. Human existence is totally pointless.”

Samuel, who acknowledges that it would be impossible to gain consent from an as-yet-unconceived human, has yet to find a lawyer to take up his case. Further tempering his goal, his parents are both lawyers.

“I must admire my son’s temerity to want to take his parents to court knowing both of us are lawyers,” his mother, Kavita Karnad Samuel, said in a statement. “And if Raphael could come up with a rational explanation as to how we could have sought his consent to be born, I will accept my fault.”

“I’m very happy that my son has grown up into a fearless, independent-thinking young man,” she added. “He is sure to find his path to happiness.”

Samuel created a Facebook page about a year ago called Nihilanand, the BBC reports, where he posts anti-natalist messages eliciting a range of responses. One commenter reportedly advised him to “go kill yourself,” while others have shown strong support for his ideas.

Samuel says he has a good life but wanted to sue his parents on principle.

“I wish I was not born,” he told the BBC. “But it’s not that I’m unhappy in my life. My life is good, but I’d rather not be here. You know it’s like there’s a nice room, but I don’t want to be in that room.” 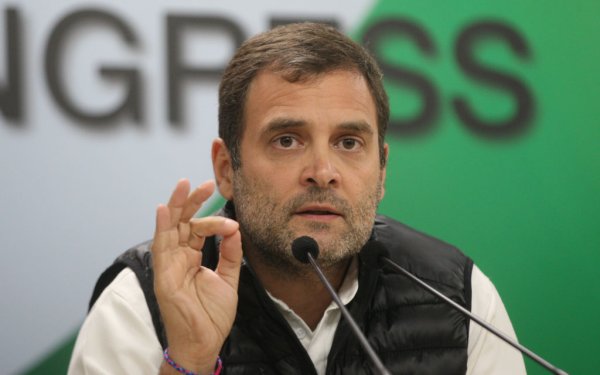 India's Main Opposition Party Is Promising a Basic Income for the Poor. Can It Work?
Next Up: Editor's Pick