Howard Schultz Just Had His Own 'Please Clap' Moment

Howard Schultz, the former CEO of Starbucks and possible 2020 presidential candidate, just got a raucous round of applause while speaking to students at Purdue University on Thursday.

The problem is, he had to ask for it.

“The cost of an education here will be less expensive in nominal dollars in 2020 than it was in 2012. Congratulations,” he told the crowd. “You gotta clap for that,” he added after a long pause.

The awkward moment comes almost exactly three years after Jeb Bush, who sought the Republican nomination for President in 2016, asked a similarly quiet crowd to clap.

“I think the next President needs to be a lot quieter, but send a signal that we’re prepared to act in the national security interests of this country, to get back in the business of creating a more peaceful world,” Bush told supporters in New Hampshire in February of that year. “Please clap,” he said when met with blank stares.

Schultz, a self-described lifelong Democrat recently told “60 Minutes” he is “seriously thinking” of running as a “centrist independent.” He’s worth about $3.4 billion, but recently told an interviewer he’d prefer to be called a “person of means.”

Some Democrats have also expressed anxieties that an independent candidate like Schultz could help Trump get re-elected. 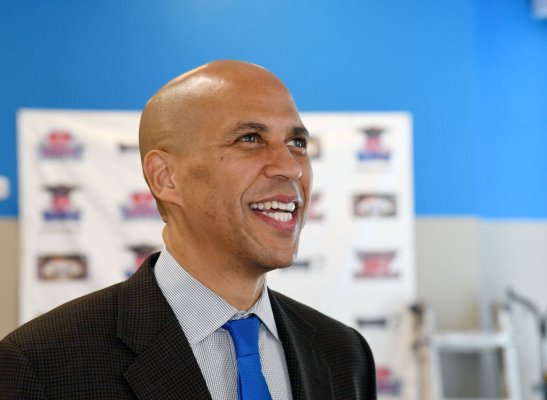