A former Colombian veterinarian student who surgically implanted bags of liquid heroin into the bellies of living puppies before shipping them to the U.S. was sentenced Thursday to six years in prison.

Andres Lopez Elorez, 39, nervously fiddled with the back of his light olive green jumpsuit in federal court in Brooklyn as he asked U.S. District Judge Sterling Johnson for leniency for the crimes he said he did during a “dark chapter” in his life.

“Be merciful to me,” he said, through a translator. “Those were very difficult years of my life.”

Prosecutors said Lopez Elorez smuggled at least one kilogram of heroin from Colombia to the U.S. through the puppies that he raised on a secret farm, between 2004 and 2005, while he was studying to be a veterinarian. The drugs were surgically removed from the puppies once they arrived. Several of the animals died after the surgeries.

This 2005 photo provided by U.S. Drug Enforcement Administration officials shows puppies rescued from a farm in Colombia destined for use by a veterinarian working for a Colombian drug trafficking ring. Andres Lopez Elorez used the puppies to smuggle packets of liquid heroin on commercial flights to New York City.
U.S. Drug Enforcement Administration/AP

Lopez Elorez was extradited to the U.S. from Spain, where he had relocated from Colombia, in 2017. He pleaded guilty last year to conspiring to import heroin into the U.S.

“I know I cannot justify my actions,” he told the judge Thursday, acknowledging that he “made mistakes.”

In his apology, Lopez Elorez also said he moved to Spain to start a better life once he realized what he did in Colombia was wrong. There, he was working as a veterinarian assistant in Spain before his arrest.

“Day after day, I fought to be a new person,” he said, adding that he has been “struggling to make things right” since he was jailed in 2015. “That mistake that I made, I learned to pay it in full,” he said.

Lopez Elorez had been facing a mandatory minimum sentence of 10 years’ imprisonment and a maximum of life imprisonment.

The judge, who called his crimes “heinous,” handed down a sentence of 72 months in prison. Officials said the nearly four years he has served behind bars in Spain and the U.S. will likely be shaved off his sentence.

Officials said Lopez Elorez will likely be deported to Spain or Colombia after he serves his sentence in the U.S. 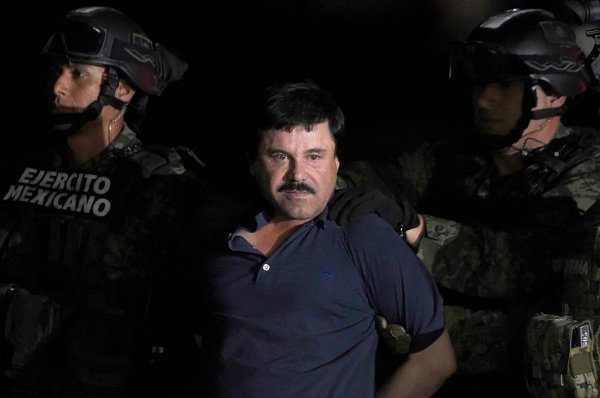