A good spy must be comfortable leading two lives at once. Marie Mitchell, the young FBI intelligence officer at the heart of Lauren Wilkinson’s thrilling debut novel American Spy, is forced to lead many more than that. As a black woman in America, she is aware that the truth of who she is often differs greatly from the assumptions people make about her–and in the boys’ club of law enforcement, she knows she already has two strikes against her. When Marie is sent on an undercover Cold War mission to help subvert the charismatic revolutionary Thomas Sankara’s presidency in Burkina Faso so the country won’t fall further under Soviet influence, she is forced to don yet another persona–one that will test where her true allegiances lie.

The novel–touted on multiple must-read lists for 2019–is structured as a long letter, from Marie to her sons, which she begins in 1992, after she is forced to kill an intruder who attacks her in their home in the middle of the night. “While I can’t explain why death is irreversible, I can explain why your father died,” Marie writes, addressing the mystery of their parentage. “I’m writing it all down here just in case I’m not around to tell you.” From there, Wilkinson flashes back to tell the story of how Marie reached this tipping point.

The author, who earned an MFA in fiction and literary translation from Columbia University, hits her stride in the final sections of the book, which take place in the vibrant new landscapes of Burkina Faso and Ghana. The care with which she establishes Marie’s family background and personal motivations pays off in a culmination that includes assignations, motorcycle chases, gunfire and dramatic reveals worthy of a James Bond caper.

Wilkinson weaves timely issues into a heart-thumping narrative: Marie struggles under the same bitter irony that Americans of color who choose to serve, like her father, have had to endure since Crispus Attucks became the first casualty of the American Revolution; namely that the ideals for which they sacrifice are rarely reflected in their own lives. “Pop had … flown to the other side of the planet to fight for our country and come back to his base in Biloxi, where they’d made him sit at the back of the city bus in his uniform,” Marie laments. “How much more dangerous that place was for him once he was fully aware of its pettiness.”

In Wilkinson’s narrative, we see how Marie herself, much like what was originally called the “third world” because it fell outside of American or Soviet umbrellas, is a proxy battleground for competing ideologies: communism vs. capitalism, patriotism vs. social consciousness, duty vs. love. And in each case, only one can win.

For the novel’s engaging intelligence and serious reckoning with the world’s postwar order, Wilkinson deserves the comparisons to John le Carré she’s already receiving. But in bringing a virtually unheard-from fictional viewpoint to espionage literature, she has reinvigorated the genre. 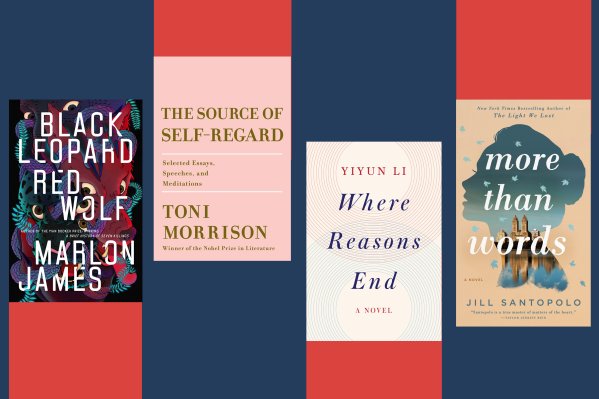 15 New Books to Read This February
Next Up: Editor's Pick