How Zimbabwean Grandmothers are Stepping In to Fight Depression

In Zimbabwe, the term for depression is kufungisisa, which translates to “thinking too much.” Like many low-income countries, Zimbabwe is ill-equipped to care for its citizens suffering from mental illness. The country of roughly 16.5 million currently has about 12 trained psychiatrists.

One of those psychiatrists, Dr. Dixon Chibanda (above left, with U.K. Health Secretary Matt Hancock), has been on a mission to narrow this treatment gap ever since one of his young patients, who didn’t have the $15 bus fare to travel to a scheduled evaluation, hanged herself from a tree. In 2007, Chibanda seized on the idea of creating an informal system of therapists from the community. “It suddenly dawned on me that one of the most reliable resources we have in Africa is grandmothers,” he says.

Chibanda’s organization, Friendship Bench, now trains hundreds of Zimbabwean grandmothers in problem-solving therapy, role-playing and behavior activation. Their therapy sessions take place outside, on wooden seats known as Friendship Benches. Grandmothers, Chibanda says, are often best equipped to provide care because they listen and guide their charges toward a solution, unlike other members of the community who tend to direct their patients what to do. A study published in JAMA in 2016 illustrated the positive benefits of the innovative approach.

Chibanda’s benches are now expanding to four countries in southern Africa and even making their way to New York City. In January he brought a Friendship Bench to Davos, Switzerland, as part of an effort to address depression, an escalating problem that destroys lives and costs the global economy trillions of dollars. “My dream is to take this to scale,” Chibanda says. “With something simple, we make a difference in the world.” 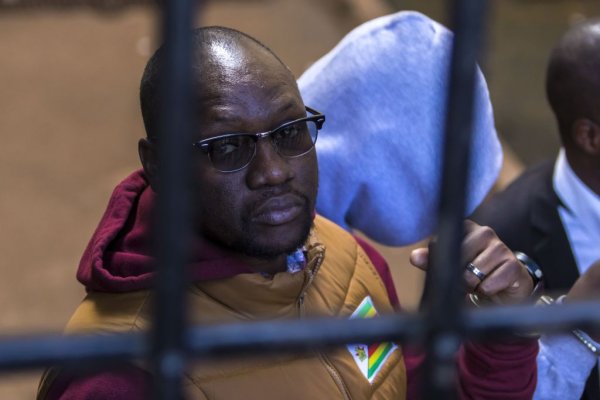 Zimbabwe Pastor Faces 20 Years for Subversion
Next Up: Editor's Pick