Just a man and his plow: Neeson walks the talk in Cold Pursuit
Summit Entertainment
By Stephanie Zacharek

If you’re going to mount an American remake of a Norwegian film about a father who avenges the death of his son with the help of a giant snowplow, whom else would you cast but Liam Neeson? Forget, for a moment, that he’s Irish: His features, resolute and precise as the cliffs rising high above your average fjord, may as well have been carved from the movement of ancient glaciers. Plus, when it comes to fatherly revenge-getters, he’s still the go-to guy. (Though it remains to be seen if Hollywood’s goodwill toward him will survive his recent controversy.)

But even though Cold Pursuit (the remake) and In Order of Disappearance (the original) were both made by the same gifted director, Hans Petter Moland, much of the earlier film’s icy-cool elegance—and dry, grisly humor—has been lost in translation. Neeson plays Nels Coxman, a workingman living on the outskirts of a remote resort town in the Rocky Mountains; his job is to clear a path through the area’s earlobe-high snow so the town’s residents can rejoin civilization whenever they need to. After his son is murdered by thugs working for a gut-health-obsessed Denver drug bigwig, Viking (Tom Bateman), Nels sets out to pick off the baddies one by one. Unwittingly, he also stirs up trouble between Viking’s outfit and a rival operation, run by a group of Native Americans and led by a principled old-school kingpin, White Bull (Tom Jackson). He has no patience for the whippersnapper millennial criminal Viking, and the dueling gangs’ acts of vengeance pile up rapidly.

The first half works beautifully; it’s a pleasure, albeit the wicked kind, to watch Nels track down Viking’s lowlife underlings and mete out his shivery, brutal punishments. He disposes of the bodies by sending them down a colossal waterfall, whooshing into eternity beneath a canopy of nighttime sky. It’s such a gorgeously poetic visual that you don’t know whether to gasp or laugh.

But Cold Pursuit loses its punch in the second half. (The original script, by Kim Fupz Aakeson, has been retooled, though not necessarily enhanced, by Frank Baldwin.) The big problem is that Neeson drops out of the story for long stretches, and the movie needs him: None of the drug-biz guys, not even the classy, serene White Bull, can match his craggy charisma. When he’s absent, the landscape is very cold indeed. 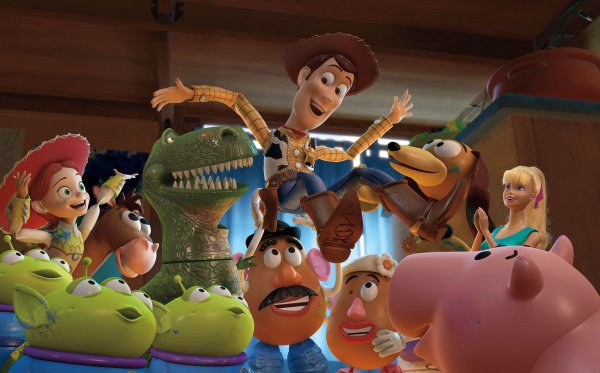 The New Toy Story 4 Trailer Is Here and It's As Emotional As You'd Expect
Next Up: Editor's Pick