Pope Francis with Ahmed el-Tayeb, the Grand Imam of al-Azhar, at an Abu Dhabi mosque on Feb. 4
Vatican Media/Handout/AFP/Getty Images
By Billy Perrigo

The first-ever papal visit to the Arabian Peninsula, the birthplace of Islam, was meant to build bridges between faiths. But shortly after Pope Francis touched down in Abu Dhabi, the capital of the United Arab Emirates, on Feb. 3, he made the visit about more than just religion. The UAE is a member of the Saudi-led coalition that has been bombing Yemen since 2015, part of a campaign that the U.S. supports and that the Vatican has criticized. Francis risked his host’s displeasure to make a public point about the crisis in Yemen.

For Pope Francis, who began his papacy by taking strides to improve interfaith dialogue, the historic visit was a chance to cement ties with Islamic leaders. Together with an influential imam, he signed a “document on human fraternity” on Feb. 4, which calls for believers to “refrain from using the name of God to justify acts of murder, exile, terrorism and oppression.” The church hopes better relations will improve the fate of persecuted Christians around the world.

Before landing in Abu Dhabi, Francis issued his strongest condemnation yet of the violence in Yemen. “Many children are suffering from hunger, but cannot access food depots,” he said, urging fighters to respect a cease-fire and allow aid convoys through. The U.N. says the war has caused the worst humanitarian crisis in the world today, contributing to a cholera outbreak and tens of thousands of deaths.

Even as the UAE has proclaimed 2019 a “year of tolerance” and taken steps to remove barriers to the public worship of religions other than Islam, the state has cracked down on dissenters, including critics of the war. But when Francis made tolerance his topic in a Feb. 4 speech, he said that religious people have a duty to reject war and its “fateful consequences,” adding that he was “thinking in particular of Yemen, Syria, Iraq and Libya.” In using the language of faith to discuss Yemen, Francis bridged another gap that the UAE has tried to preserve: the one between politics and religion. 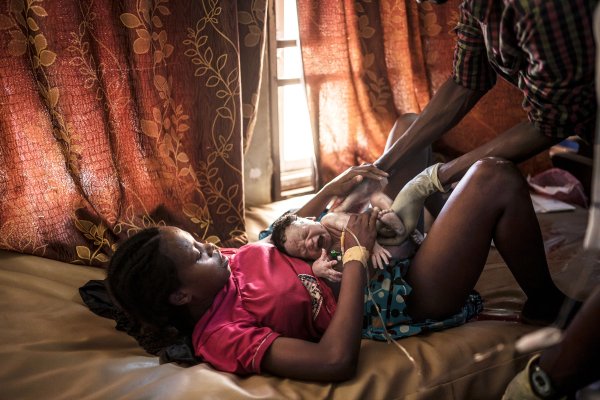 Nigeria’s ‘Flying Midwives’ Are Helping Save Moms and Babies
Next Up: Editor's Pick