Researchers are still trying to piece together how and why the brain starts failing in old age, but one thing seemed for sure: that having more education earlier in life could build up a robust enough brain reserve to slow down the harmful effects of cognitive decline that can occur toward the end of life.

But in a new study published in the journal Neurology, researchers found that education may not be as important in combating cognitive decline and dementia as they once thought.

In a study involving nearly 3,000 older people who were followed for an average of about eight years, the scientists found that attaining more education did not seem to protect people from eroding thinking skills once the process of cognitive decline began. People with higher levels of education at the beginning of the study did show richer thinking skills on various tests, but education levels did not seem to have an effect on how quickly people progressed once cognitive decline, and in some cases dementia, began.

“Education is providing some protection against getting dementia, but providing no protection against [the rate] of cognitive decline,” says the study’s lead author Robert Wilson, professor of neurological sciences and behavioral sciences at Rush University Medical Center. “We found a fairly consistent answer that education is not modifying the trajectory of cognitive change in old age.”

Researchers had thought that education could help to slow the pace of cognitive decline typical of dementia, mainly based on data finding that not all people who showed physical evidence of the plaques and tangles of Alzheimer’s dementia, for example, had trouble with memory and higher thinking skills. They speculated that the reason had to do with the greater cognitive reserve, or cushion of brain cells, that these people had, presumably from building them up over time with years of learning through education. The greater the reserve, the less the volume of brain cells would be affected if some cells started to succumb to dementia.

Wilson wanted to test this idea of cognitive reserve to better understand how it worked, so he went beyond what other studies did: merely comparing people’s brain functions at one point in time to their education level. In this study, he tracked whether the rate of people’s cognitive decline varied by their education level, and found that it did not. Higher education did not lead to slower decline, as might be expected. When he studied the brains of people who had died, he also found that those with more education did not have fewer signs of physical dementia in the form of lesions, plaques or tangles of their brain neurons. “We asked about all the ways education or any aspect of cognitive reserve might offer protection,” he says. “We tried to walk education through all the steps to see where and if it was offering protection. And we found very little evidence of it.”

The findings do not suggest that education provides no benefit when it comes to protecting the aging brain. Higher education can help to build more robust networks of cells, which seems to help protect against the deteriorating cells that come with aging. But once the cognitive decline starts, that advantage appears to be erased.

Wilson suspects that education loses it edge because it occurs relatively early in life, and its effects might have waned by the time cognitive decline begins, which is typically later in life. That’s why other behaviors, including remaining socially engaged, keeping the brain active by learning new languages, reading and taking in new experiences, might be more important for slowing the rate of cognitive problems once they start. Having a sense of purpose in older age is also important, Wilson says — which should be reassuring to many, since these activities can all be changed. 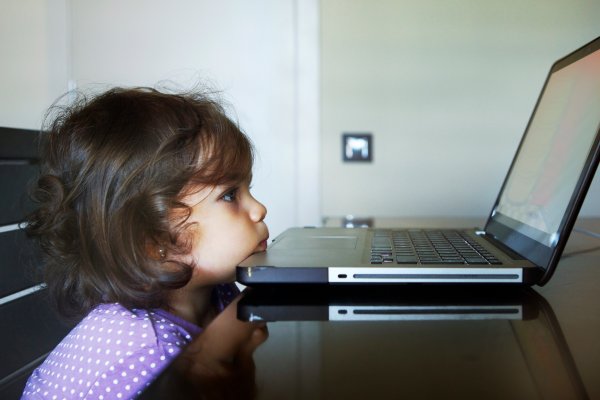 Too Much Screen Time Can Have Lasting Impact on Kids
Next Up: Editor's Pick