Fortnite Is Still Wreaking Havoc On the Video Game Industry

(Bloomberg) — Take-Two Interactive Software Inc. and Electronics Arts Inc. both tanked in U.S. trading after the video-game publishers posted disappointing numbers, yet another sign that the phenomenal success of Fortnite is looming large on the industry.

Take-Two, the maker of Grand Theft Auto, said revenue in the quarter ending in March will be $450 million to $500 million, when analysts anticipated $609.1 million. Its shares slumped as much as 14 percent, the most since December 2009, while Electronic Arts dropped 16 percent following a similar shortfall late Tuesday. Rivals Ubisoft Entertainment SA and Activision Blizzard Inc. also fell.

Game publishers have been thrown for a loop by the phenomenal success of Fortnite, a shooting game from Epic Games Inc., which counts Chinese social media giant Tencent Holdings Ltd. as a major shareholder. The game uses a “battle royale” format that lets users start a new competition immediately after they are eliminated, an addictive feature that keeps users playing — and just hanging out chatting — for hours on end. Netflix Inc. said last month it considered Fortnite among its biggest competitors in vying for consumers’ attention.

However, some analysts see reason to be upbeat on the sector. Fortnite’s growth appears to have stalled, analyst Robert Berg of Berenberg wrote in a report, and the “maximum pain” year-on-year will be felt from March 2018 to 2019.

“We believe that recent share price performances and current valuation multiples suggest structural uncertainty which to us is far from the reality,” he wrote. “In fact, the video-game segment is in rude health.”

There was some positive news from Take-Two, whose earnings beat estimates for last quarter. The bright spot was Red Dead Redemption 2, which immerses players in a cinematic, western-themed world. It has sold more than 23 million copies since its release in October.

EA wasn’t so lucky. Its latest Battlefield title flopped during the holiday season, drowned out by Fortnite and Red Dead. Upgrades to the Battlefield game are coming, including a Fortnite-style battle-royale mode, but they won’t come in time to save the current quarter, when net revenue will reach $1.17 billion, EA said on Tuesday. That compared with the $1.47 billion average of analysts’ estimates.

“It’s always a battle, for time more than a battle for money,” EA Chief Financial Officer Blake Jorgensen said in an interview. 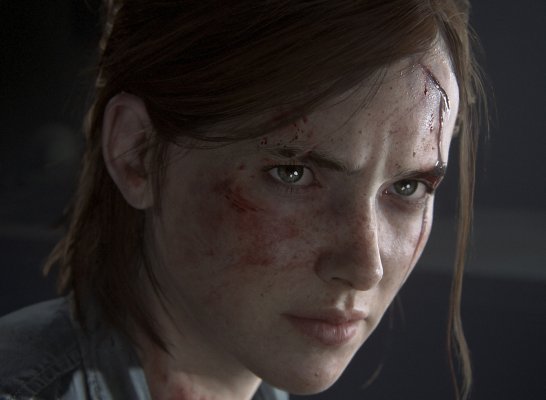 Our 9 Most Anticipated Video Games of 2019
Next Up: Editor's Pick