Spotify Technology SA acquired podcasting companies Gimlet Media Inc. and Anchor FM Inc., a declaration that their specialty is the next big area of growth for the world’s largest paid music service.

Spotify didn’t disclose the prices it paid for the companies, though previous reports said it would be paying more than $200 million for Gimlet. That alone would be the biggest acquisition in Spotify’s history.

The Swedish company has been investing in podcasting for a few years now, funding exclusive shows from comedian Amy Schumer and rapper Joe Budden. But the deals for Gimlet, a producer of podcasts, and Anchor, a services company, signal the medium has progressed from a hobby to a key focus for Spotify.

“Spotify is already one of the world’s most-used apps, but we see an opportunity apart from where we sit today,” Chief Executive Officer Daniel Ek wrote in a letter. “This opportunity starts with the next phase of growth in audio — podcasting.”

The investment opens up another front of competition with Apple Inc., the most popular distributor of podcasts. Apple Music is the second-most-popular paid music service, after Spotify. Spotify said it plans to spend as much as $400 million to $500 million on acquisitions this year, including Gimlet and Anchor, and is in the midst of negotiating others.

Stockholm-based Spotify announced the deals on the same day it reported its first profit ever, as well as strong subscriber growth. The company added 16 million new users in the fourth quarter of 2018, 9 million of whom pay for its premium services. Both of those numbers exceeded analysts’ forecasts.

But investors were more concerned about Spotify’s projections for 2019. The company’s shares sank as much as 8.9 percent to $127.05 in premarket trading Wednesday because the company forecast lower profit margins in the coming year. Spotify also said its average revenue per user had fallen by 7 percent.

Investors have been upbeat about Spotify’s prospects, sending the stock up 23 percent this year. “This is not about the fourth quarter, it’s about the guidance,” said Anthony DiClemente, an analyst who tracks the company for Evercore ISI. “Why are they guiding to such low gross margins?”

One reason may be that Spotify doesn’t expect to get much relief from music companies. Spotify is in the midst of negotiating new long-term contracts with the three major record labels, its biggest suppliers. Spotify doesn’t expect to lower record labels’ share of its sales in these talks, as it did the last time, Chief Financial Officer Barry McCarthy said in an interview.

Lowering costs is another reason Spotify likes podcasts. Podcasting could enable Spotify to reduce labels’ cut of its sales since they get paid based on their share of overall listening.

Spotify plans to use the team at Gimlet, founded by two veterans of public radio, to spearhead a bigger push into original, exclusive podcasting. Founded by Alex Blumberg and Matt Lieber, Gimlet first garnered attention for “Start Up,” a podcast about its own formation, and has since produced hits “Reply All,” about internet culture, and “Homecoming,” a fictional series. The latter, about army veterans, was adapted into a TV series for Amazon.

Anchor sits at the opposite end of the industry. It offers a platform for podcast hosts and producers to create and upload their podcasts.

In podcasting, Spotify is making a big bet on a relatively unproven medium. Total sales from the industry are still in the hundreds of millions of dollars. But Spotify believes it is getting in on the ground floor.

“The engagement numbers have been growing exponentially,” McCarthy said. “If the trends persist, many people will be investing in the space. As we have success, we will double down.” 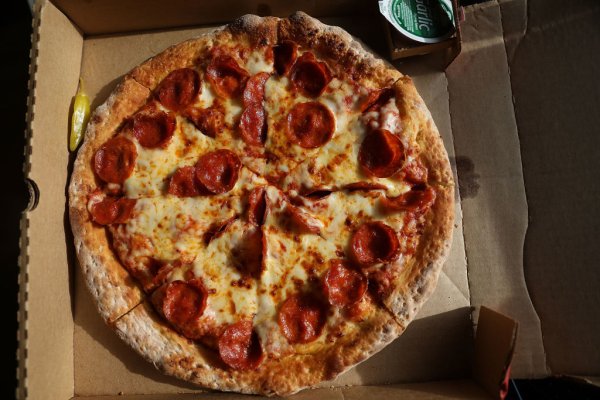 Investor Who Made Olive Garden Salt Its Pasta Wants to Make Papa John's Pizza Better
Next Up: Editor's Pick