A 24-year-old Texas man died after an e-cigarette exploded in his mouth and tore open a carotid artery causing a stroke, medical examiners confirmed.

William Brown of Fort Worth, Texas died on Jan. 29. The Tarrant County Medical Examiner lists his cause of death as a “cerebral infarction and herniation” after debris from the exploding vape pen dissected his left carotid artery, according to records obtained by TIME.

The incident occurred in the parking lot of a local vape shop on January 27. Shop managers told CBS DFW that Brown did not purchase anything, but was seeking help on how to use a Mechanical Mod vape pen. The manager said he called an ambulance when he saw Brown having trouble in the parking lot.

Brown was taken to a local hospital where he was placed in a medically induced coma. His family told the local TV station that doctors at JPS Patient Care Pavilion knew he had a piece of e-cigarette lodged in his throat but never operated on him.

“That went across his lip, apparently somehow, and cut his lip,” Alice Brown, who said she raised her grandson, told CBS. “That three-piece thing went into his throat and stayed there, and that’s what (doctors) should have taken out as soon as they got to the hospital, and they decided to wait until Monday or Tuesday.”

In a statement, JPS Health Network expresses its condolences, but said it could not comment on Brown’s death. “We hold ourselves to the highest standards in providing high-quality healthcare and will take family concerns seriously as we review all that transpired.”
She told CBS DFW that Tarrant County investigators said the cause of the malfunction was a faulty battery.

Brown is mourning the loss of her grandson, who was set to turn 25 in three weeks.

“It just hurts so bad,” she said. “Now he’ll never see that birthday. It’s a waste of the things he could have accomplished.”

Electronic cigarettes, or vape pens, are battery-operated devices that heat a liquid to generate vapor — which may contain nicotine — that users can inhale. According to the Centers for Disease Control and Prevention, defective e-cigarette batteries have caused fires and explosions. The CDC has reported that most explosions occur when the e-cigarette batteries are being charged.

According to the Food and Drug Administration, between January 2009 and December 31, 2016, there were 195 separate incidents of explosion and fire involving an electronic cigarette. The FDA said the incidents resulted in 133 acute injuries, 29% of them severe.

In May of last year, a 38-year-old Florida man died from a “projectile wound” caused by an exploding e-cigarette. 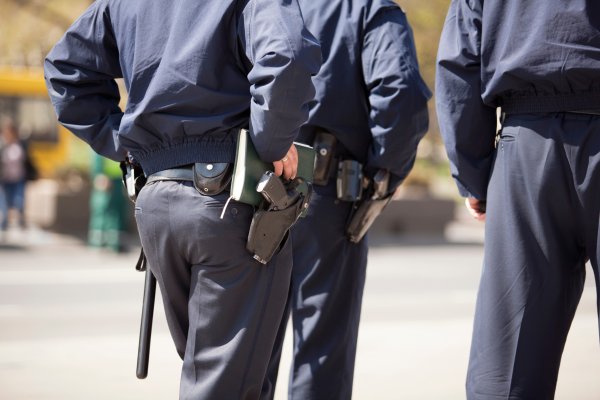