Face it: You need more sleep. Casper, which has gone from podcast-sponsoring, mattress-in-a-box-shipping, memory-foam-evangelizing startup to high-priced bedding and furniture company, also thinks you need more sleep — or at least a better way to fall asleep. That explains why it’s released the Glow, a smart light built to lull you to sleep, help you get out of bed, and keep you safe from self-inflicted foot injuries in the middle of the night. It sounds like a good idea, but do you really need a fancy nightlight to catch some zzz’s?

The Casper Glow is a wireless, gesture-controlled LED lantern that dims or illuminates over the course of 45 minutes to ease you into a deeper sleep, or gently rouse you from said sleep in the morning. In terms of aesthetic, the Glow sells itself as a futuristic nightlight straight off the set of some Alien-related flick, taking a minimalist approach to industrial design and eschewing unnecessary buttons in favor of gesture control and a smartphone app.

Standing at around 5 inches tall and a bit more than 3 inches in diameter, the Glow’s cylindrical shape and slightly textured plastic shell make it easy to grab and smooth to the touch. On each end is a huge button for pausing the dimming/brightening sequence or independent Glow control. Inside is an array of nearly 50 white and amber LEDs that produce a soothing, warm color temperature of 2700K.

To turn it on, you literally have to flip it over. Want to dim the lights? Give it a little — or big — twist and watch the light fade away. The gesture controls are dead simple, easy to decipher, and encourage you to get hands-on with the Glow to figure out just what you should do with it (you should read the manual anyway). Charging the Glow is as easy as placing it on its wireless charger, though it would benefit from some magnetic guidance to ensure proper seating.

Even if you’re still not sold on the growing evidence of light’s effects on your physical and mental health, the Glow is an effective cue for encouraging good sleep habits, and makes it easy to get a bit of pillow talk or a few pages of reading in before the timer runs out.

The timer itself — which you can pause by hitting the Glow’s top — is adjustable inside the app, anywhere from 15 to 45 minutes. The Casper Glow app is simple enough to use, and makes it pretty simple to control the settings like of your Glow, either as a group or individually. That makes it a perfect bedtime countdown clock. By the time I finished my routine, with about 20 minutes of light left, I hopped into bed, started reading, and was asleep before the Glow turned itself off for the night. It also does a fantastic job of waking you up without blinding you, slowly illuminating before your desired wake-up time.

I’ve since used it to hunt for socks lost under my bed, to take some artsy — and softly-lit — photos, and to illuminate my trip to the restroom without disturbing my partner or dog with the harsh glare from the ceiling fan (or speaking aloud to my voice assistant to adjust the lighting). Its IP54 rating means it’s dust-proof, and can handle a few splashes of water, but won’t last long if you somehow manage to drop it in the tub.

While the Glow does contain some smarts to connect to up to six other Glow lights as well as your smartphone, there’s no smart home platform support to speak of. “It’s something we’ve contemplated, and will continue to contemplate for future products,” says Casper co-founder and Chief of Product Jeff Chapin. “But it’s not something we felt was additive to Glow. It’s intentionally designed to be driven by intuitive gestures, so you can use it at your sleepiest.”

If you’ve got a lamp with a smart bulb on your bedside table, configuring it to dim at a certain hour or at the press of a button is also an option, but involves a much more complicated setup, making the Glow’s simplicity a real plus. Anyone can use it, with or without an app. It also means you’ll probably have to get up to use it, which means you’re already on the way to a good night’s sleep, hopefully.

But does that mean you should get rid of that lamp on your nightstand? No, not really. The Glow won’t replace the lights in your bedroom, nor is it trying to. “Glow doesn’t perfectly overlap with the functions of a regular lamp or smart bulb,” says Chapin. “But it does fulfill what seem to be the key functions needed from light in the bedroom in a sleep-friendly way.”

For a first attempt, the Glow is a delightful little light with a clean design I hope catches on. It’s not perfect, and $89 ($169 for a two-pack) is quite a lot to spend on a well-engineered nightlight. But if you care that deeply about getting a good night’s sleep, and want to continue building better habits in 2019, the Glow might be your ticket to sweet dreams. 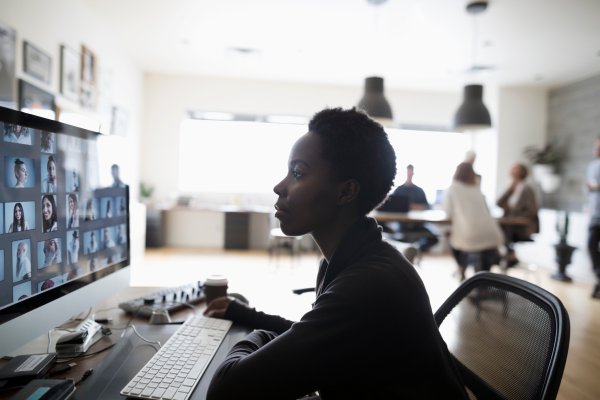 Flickr Is About to Delete Tons of Photos. Here’s How to Save Yours Before They’re Gone
Next Up: Editor's Pick