India's Most Politically Important State Goes to the Polls Today

An Indian woman casts her vote at a polling booth in Shahpur village in Muzaffarnagar, in the northern Indian state of Uttar Pradesh, April 10, 2014.
Altaf Qadri—AP

Sachin Singh, a 20-year-old driver from the village of Barola in western Uttar Pradesh, came home on Tuesday evening to tell his father that the villagers were being treated to free booze by a local political party — a typical vote-grabbing ploy during India’s election season. But this time, surprisingly, his father was not interested. “We can buy our own alcohol, thank you very much,” said Jitendra Singh. “Our votes are not for sale.”

Hopefully, that sort of political maturity will be taking root elsewhere in Uttar Pradesh (U.P.), which, with a population of around 200 million, is India’s most populous state. It goes to parliamentary polls on Thursday, with 80 out of 543 seats up for grabs. And because all the contenders for the position of Prime Minister are contesting constituencies in this state, what happens in U.P. is crucial to each party’s political fortunes.

U.P. politics have been traditionally polarized on the basis of caste, but since the 1992 demolition of the Babri Mosque in Ayodhya by Hindu zealots — an act that sparked widespread communal rioting around the country leading to 2,000 deaths — communal tensions, not caste, have taken center stage. At the end of last year, rioting broke out between Hindu Jats and Muslims in Muzaffarnagar, which killed around 49 and displaced almost 50,000 people. Thousands of Muslims are still languishing in refugee camps.

An India Today Group-CVoter Mood of the Nation opinion poll predicts that the Hindu BJP, riding high on Modi’s popularity, will increase its seat tally by at least 10% this year. It also predicts that the Congress Party will be the biggest loser, winning just four seats. The role of regional parties like the Samajwadi and the Bahujan Samajwadi will meanwhile be crucial in determining the electoral outcomes of India’s most politically important state. 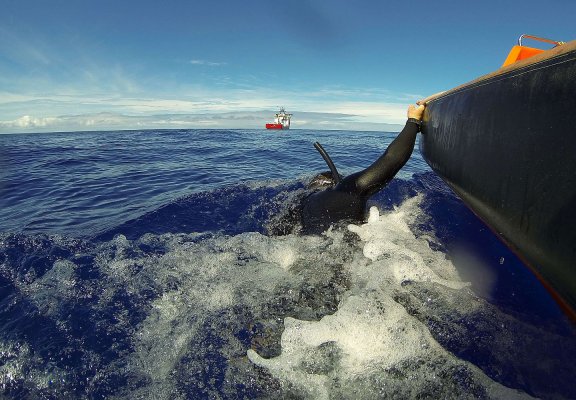 Search Narrows for Flight 370
Next Up: Editor's Pick