A New Study Says Pot Smokers May Have Higher Sperm Counts. But There’s a Catch

Men who have smoked marijuana may be more fertile than those who have never touched it, suggests a new study published in the journal Human Reproduction. The results are a surprise — but researchers warn there’s more to the story.

While research about marijuana and fertility is limited, some past papers have suggested that it might harm semen quality. Cigarette smoking is also known to be a risk factor for both female and male infertility. Given those links, the authors of the new study expected to find that men who have smoked pot would have worse measures of fertility, says co-author Dr. Jorge Chavarro, an associate professor of nutrition and epidemiology at the Harvard T.H. Chan School of Public Health. But the data suggested the opposite.

“We spent a good two months redoing everything, making sure that there wasn’t any error in the data,” Chavarro says. “We were very, very surprised about this.”

The researchers analyzed health surveys and semen samples from more than 650 men (mostly white, mostly college-educated, with an average age of 36) who were part of couples seeking treatment at the Massachusetts General Hospital Fertility Center between 2000 and 2017. Most of the men in the study had normal sperm counts, suggesting that other conception issues brought them and their partners to the hospital, Chavarro says.

The surveys asked about men’s past and present drug use, among other lifestyle factors. Of the men, 55% said they had smoked marijuana at some point during their lives, and 11% said they currently smoked pot.

When comparing the survey responses to the semen sample analyses, the researchers found that marijuana users tended to have higher sperm concentrations and counts — two metrics of fertility — than men who had never used marijuana. They also had less of a hormone linked to infertility at elevated levels. The researchers did find, however, that people who smoked marijuana in the past tended to have slightly higher sperm counts than people who smoked it currently.

Surprising as the findings are, they do not suggest that men should use pot for the sake of their sperm, Chavarro says. “This does not mean using marijuana is going to increase your sperm count,” he says. (The study wasn’t designed to prove causation — only to find associations.)

Chavarro also notes that some past studies showing an association between drug use and lower semen quality have looked at men with substance abuse issues, who tend to use multiple drugs at once, making it difficult to “disentangle what might be marijuana from what might be other drugs.” The present study, for example, also looked at cocaine use and found that it was related to lower semen quality, suggesting that some drugs can be risky for fertility.

“We could have found what we thought we were going to find, and maybe wouldn’t have been as surprised and would have ended up writing a very different paper,” he says. “But the fact that we showed the exact opposite forced us to look very, very deeply into the marijuana health effects literature. There is not that much. We are operating mostly on assumptions and good intentions and hunches.”

Chavarro says the paper’s unexpected finding has motivated him to look more closely at marijuana’s effects on reproduction and health in general, especially as legalization and recreational use becomes more common. One 2017 poll found that more than half of American adults have tried marijuana, and recent federal data found that 5% of pregnant women use cannabis.

“There seems to be a lot going on in terms of legalization, but not an equally fast pace in terms of knowing what the health effects of marijuana might be,” Chavarro says. “We’re essentially operating on a very-little-data scenario.” 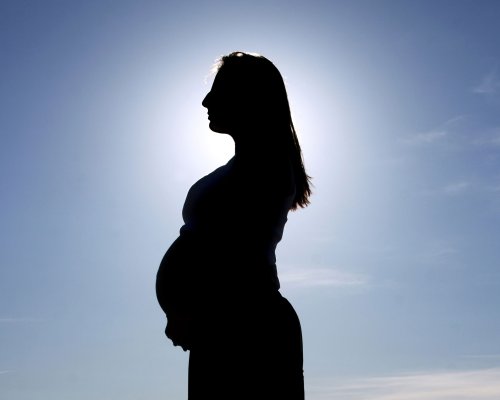 Women in the U.S. Are Having Fewer Babies—Especially Here
Next Up: Editor's Pick