After nearly three months of testimonies, U.S. District Judge Brian Cogan instructed the 12-member jury on their duties and sent them off to begin deliberating shortly after 1 p.m.

Guzman, 61, faces 10 counts of drug and conspiracy charges. Prosecutors have accused him of trafficking billions of dollars worth of drugs into the U.S. in his role as a top boss within the Sinaloa cartel. Defense lawyers argued Guzman was being framed by the 14 cooperating witnesses.

The defendant has been standing trial in federal court in Brooklyn since mid-November. During the high-profile trial, government prosecutors called more than 55 witnesses to the stand, including cyber security experts and former members of Guzman’s inner circle.

Guzman is perhaps most well-known for escaping from two maximum-security Mexican prisons.

About an hour into their deliberations, the jurors returned three notes with questions for the judge. One of the questions the jury asked was whether a drug war constituted as drug-trafficking crime in relation to one of the last counts, which relates to firearms. The judge told the jurors they were essentially jumping ahead. 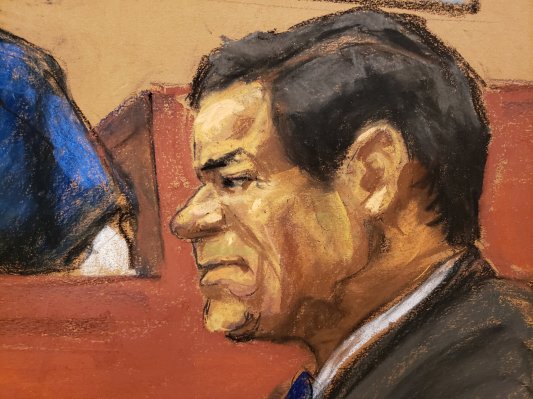