Demand for long-acting birth control rose by nearly 22% in the weeks after President Donald Trump’s election, according to a new research letter published in JAMA Internal Medicine.

In the days after Trump’s election in 2016, many women urged peers on social media to consider getting long-acting reversible contraceptives (LARCs), like intrauterine devices (IUDs) and implants. They cited fears about reproductive freedom under a president-elect who had pledged support for anti-abortion policies and promised to overturn the Affordable Care Act.

The new analysis suggests that those concerns may have contributed to a nearly 22% uptick in LARC insertions in the month after Trump’s election, compared to the same time period the year before.

The analysis was based on data from more than 3 million commercially insured American women ages 18 to 45. The researchers looked at how many women in this group had a LARC inserted in the 30 business days before and after Nov. 8, 2015, and during the same time period in 2016 — before and after Election Day.

Other analyses have also suggested that LARCs, particularly IUDs, became more popular after Trump’s election. One analysis found that the number of women visiting their doctors to discuss IUDs rose by 19% in the months following the election, and Planned Parenthood has said that appointment requests for IUD insertions rose by 900% in the months after the election.

In recent years, IUDs, which can prevent pregnancy for up to 12 years, have become a more popular form of birth control than they used to be, following ACA-related cost reductions and increased education about their efficacy. Between 2011 and 2015, about 7% of American women ages 15 to 44 said they were using an IUD for contraception, federal data shows. From 2015 to 2017, that number rose to 8.6% of women ages 15 to 49, and about 10% of women said they were using a LARC of any kind. 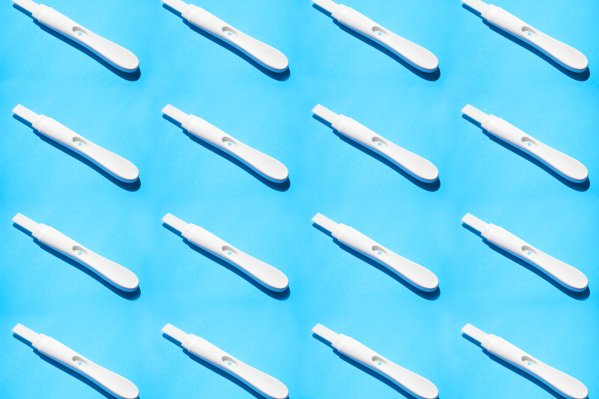 Artificial Intelligence Could Change the Fertility World
Next Up: Editor's Pick