The season 7 finale of Game of Thrones saw Arya Stark slit Littlefinger’s throat after Sansa Stark sentenced him to death. But a new fan theory posits that the person who died in the Winterfell throne room may not have actually been Littlefinger.

In a 2017 video that is once again making the online rounds, YouTube user Neo lays out the theory that Littlefinger paid one of the faceless assassins to take his place at Winterfell after realizing that Sansa was turning on him. For the most part, the idea is based on a cryptic scene in the fifth episode of season 7. It’s when Arya watches Littlefinger hand an unknown young woman a coin after she appears to whisper to him, “Your time’s up.”

Neo posits that every time we saw Littlefinger in season 7 following this scene, it was actually that young woman wearing his face. In season 4, Littlefinger revealed that his great grandfather came from Braavos — where the faceless assassins are trained — which would explain how he has a connection to that world. This means that the coin he handed the young woman may very well have been one of the same iron coins that Arya traded for safe passage to Braavos in the season 4 finale that was given to her by Jaqen H’ghar.

Not to mention that in an interview with the Los Angeles Times following the season 7 finale, Aidan Gillen — the actor who plays Littlefinger — said that, despite the circumstances, he never saw his character as a crier — a statement that directly contradicts how Littlefinger reacted to his death sentence.

“I don’t think Baelish does crocodile tears. I don’t think Baelish likes to shed tears, certainly not in front of people,” he said. “Throughout the seasons, I’ve tried to show something that we haven’t seen before in successive seasons … warmth or a bit more of a human side or coldness. But one thing we haven’t seen is real vulnerability or weakness. If we saw some emotion, I don’t really think it was sentimental. I think it was involuntary: Your time is up.”

Could Littlefinger return to wreak even more havoc in season 8? We’ll just have to wait for April 14 to see.

Watch the full fan theory trailer positing that Littlefinger faked his death in season 7 video below. 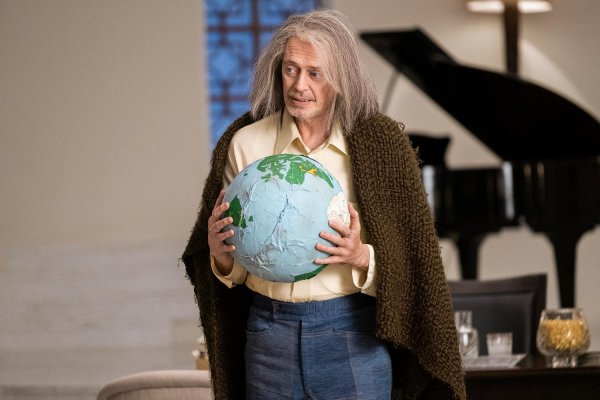 Steve Buscemi and Daniel Radcliffe's Miracle Workers Confirms It: The Afterlife Comedy Is a Trend
Next Up: Editor's Pick