U.S. Aid to Venezuela Will Test Military Loyalties Amid the Spiraling Political Crisis

A U.S. government decision to mobilize humanitarian aid to crisis-wracked Venezuela could risk escalating the political crisis there as President Nicolas Maduro views such shipments as a pretext for a U.S.-led military intervention, BBC reports.

On Twitter, USAID administrator Mark Green shared images of boxes embossed with the U.S. flag en route to help “malnourished children.” Green said he met with Guaidó last week and heard “about the dire humanitarian situation inside Venezuela, where people lack essential basic necessities, such as food and medical supplies.”

The aid has become something of a litmus test for the military’s backing of Maduro. Guaidó is pressing the military to allow the shipments in. But Maduro, who has retained support from the top brass, has rejected the idea of U.S. aid and accused his opposition rival of plotting a coup. Venezuela is not “a country of beggars,” the embattled president told his supporters at a rally on Saturday, according to BBC.

Last month, the Trump administration recognized Guaidó as the country’s interim president, though the international community remains split between the dueling administrations. Several European countries, including the U.K., Germany, France and Spain, are poised to throw their support behind Guaidó’s acting government Monday after Maduro ignored an ultimatum to call fresh elections.

Tens of thousands took to the streets Saturday in competing shows of support for both leaders. Nationwide protests have taken place across the country since Guaidó claimed power on January 23. Guaidó said the move was necessary to restore order and save Venezuela from “dictatorship” after Maduro was sworn in Jan. 10 for a contested second six-year term.

Venezuela spiraled into an economic and humanitarian crisis after global oil prices plunged in 2014. Crime and hyperinflation surged while food and medical supplies dried up, prompting more than 3 million of the country’s 31 million people to flee, according to the U.N. migration agency. 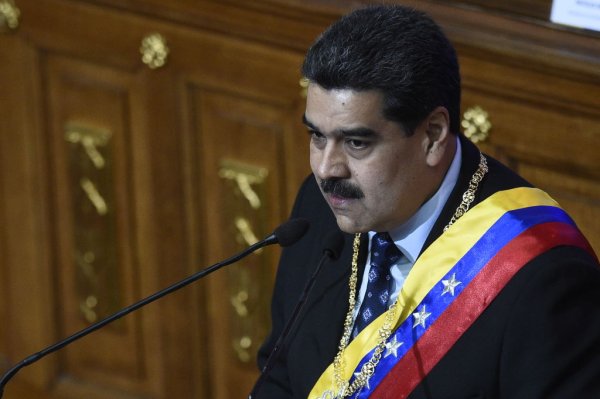