Big Boi only played one song during the Super Bowl 53 halftime show, but some are saying he was the one to watch.

Maroon 5 might have been headlining the Super Bowl 53 halftime show, but Antwan André Patton, better known as Big Boi, may have showed up at the game in his native Georgia with the best style. He rolled up to the stage in an antique Cadillac convertible and wearing a giant fur coat to perform his hit song “The Way You Move.”

Some tweeted that Big Boi’s performance was the highlight of the show – and maybe of the low-scoring game between the Los Angeles Rams and the New England Patriots. After all, the Super Bowl halftime score was 3 – 0 Patriots. (The Patriots held onto the lead and ultimately defeated the Rams in the end.)

“Big Boi driving out in a sweet car wearing a fur coat and doing exactly one song is my 2019 mood,” tweeted Sports Illustrated writer Charlotte Wilder.

Big Boi arrives in style in a convertible for the half-time show during Super Bowl LIII at Mercedes-Benz Stadium on February 3, 2019 in Atlanta, Georgia. (Photo by Jamie Squire/Getty Images)
Jamie Squire—Getty Images
Subscribe to TIME 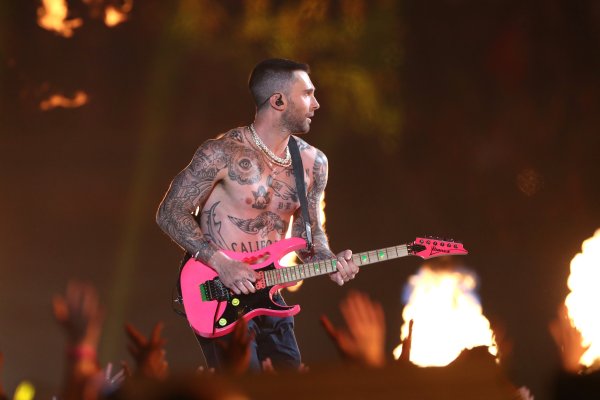 Adam Levine Wins at Shirt Removal at the Super Bowl
Next Up: Editor's Pick