'AI Farms' Are at the Forefront of China's Global Ambitions

Yin You doesn’t look like a key strategic asset. He weighs a little over 100 pounds, has auburn dyed hair, and wears a hoodie emblazoned with the words “Dope Shit.” But in China’s rise to superpower status, the 20-year-old student is a foot soldier playing a vital role.

Yin works at Bainiaohe Digital Town, a tech hub set deep in the tree-covered hills of China’s southwestern province of Guizhou. The region is traditionally known for growing tea and producing fiery Moutai liquor, but today it’s luring Yin, and hundreds of young Chinese like him, to work in the booming sector of Artificial Intelligence or AI.

For eight hours each day, they sit at computer terminals on brightly colored swivel chairs and help refine the reliability of facial and voice recognition software, driverless car programs, and even mobile apps that are used to identify plants and insects.

“I used to think of AI as what’s in American sci-fi movies—many robots and Star Wars,” says Yin. “AI right now is nowhere near that level. It needs to learn. My job here is to teach it.”

He does that by highlighting objects in images on his computer monitor. To help a self-driving car algorithm learn to identify common features of a city street, for example, Yin clicks on endless images of buses, sidewalks, or pedestrians. To assist voice recognition software, he’ll listen to garbled human pronunciations and input the correct meaning. It’s a thankless, repetitive job.

“AI is only as intelligent as the labor you put in,” says Hu Dingxiang, project manager for Mengdong Technology Ltd., the Beijing-founded firm where Yin works.

As China’s economy slows and rising wages make manufacturing less competitive, the ruling Chinese Communist Party (CCP) is turning to technology to arrest the slide. Strategic technologies such as AI are a key focus. President Xi Jinping’s Made in China 2025 plan aims to ensure that China dominates AI as well as other high-tech industries, such as aeronautics and microchips.

Last year, China’s State Council issued the Next Generation Artificial Intelligence Development Plan to establish China as the “premier global AI innovation center” by 2030, when it predicts that China’s core AI industry will be worth $148 billion, with AI-related fields ten times that.

With Beijing and Washington sparring over cybersecurity, trade and myriad other issues, this has huge strategic implications. In 2017, Russian President Vladimir Putin said whoever leads in AI “will become ruler of the world.”

According to Adam Segal, director of the Digital and Cyberspace Policy Program at the Council on Foreign Relations, the “significant economic and national security implications … are why Beijing is so driven to be a major player in AI.”

It’s a mission that has seeped down through Chinese society. China’s first dedicated AI school opened in September. An AI textbook series designed for primary and secondary students is expected to hit classrooms this year. In the future, the hope is that gleaming “AI Farms” like Mengdong’s will replace the nation’s polluting factories.

“Just like the Middle East has lots of oil, China can be the world’s center for AI data,” says Sheng Hua, CEO of Mengdong, whose clients include Chinese tech titans Baidu, JD.com and Alibaba.

AI farms are well suited to impoverished regions like Guizhou, where land and labor are cheap and the climate temperate enough to enable the running of large machines without expensive cooling systems. It takes only two days to train workers like Yin in basic AI tagging, or a week for the more complicated task of labeling 3D pictures.

“Thanks to cheap labor, which only costs a tenth of what our overseas competitors must pay, we have a big advantage,” says Hu. “The U.S. cannot compete with China when it comes to cheap labor.”

Some experts believe China overestimates the importance of data volume and point out that Silicon Valley firms still reign supreme when it comes to top quality algorithms—the building blocks of AI. But that may change as the Chinese government supports AI with plenty of hard cash.

The country’s AI sector took nearly 50% of funding going to AI startups globally in 2017, according to CB Insights, surpassing the U.S. for the first time. AI-related patent applications in China are also surging ahead of those filed at the U.S. Patent and Trademark Office.

Bainiaohe Digital Town is attached to the campus of Guizhou Forerunner College, a government-subsidized school providing “non-profit education for rural needy students,” according to giant red billboards posted around its lush grounds.

Founded in 2012, the school boasts an AI-focused curriculum. Taiwanese tech giant HTC is a cornerstone investor. The 4,000-odd students pay only $1,500 for their three-year degree, thanks to state scholarships. In addition, from their sophomore year they can offset school fees by working at Mengdong or one of the other tech firms at Bainiaohe—an incongruous faux Alpine village of European-style buildings overlooked by a neoclassical clock tower.

For Yin and his colleagues, work as an AI tagger is steady and safe when compared with toiling on a dusty construction site, or in a noisy factory making cheap goods for export. The office is clean and comfortable and they can take regular breaks. On average, Yin labels around 300 pictures each day, and has a personal record of tagging 14,000 cars in a single shift. The sedentary lifestyle does take its toll, however.

“Since taking this job I’ve become so tired of look at computer screens that I’ve stopped playing video games,” he says. “Instead, I try to look at something far away to make my eyes feel more comfortable.”

Yin You (C), 20, a tagger at an AI farm, has dinner with colleagues in the company dorm at Bainiaohe Digital Town in Guizhou, China, on Dec. 4, 2018
Zhang Chi

Yin earns on average about $450 per month, which is significantly more than a typically assembly line worker. He shares a room at a spanking new boarding house with eight colleagues. They live and cook together, and treat TIME to Guizhou’s famous pig fat hotpot.

The recipe was passed to Yin by his parents, who both work as migrant laborers, jumping from farm to construction site to factory depending on season and demand. Were it not for AI, Yin would likely follow their path. “Today, I’m a migrant worker in AI,” he jokes. “But it’s not as tiring as carrying bricks at a construction site.”

His employer does more than just develop software. TIME speaks to one worker at Mengdong who says she’s “helping to shape public opinion” by monitoring social media for negative comments about clients. When criticism arises, she and other paid cheerleaders blanket the topic with positive remarks to drown it out.

Of course, fake Amazon or Yelp reviews are common in the West. But here, there is nothing surreptitious about it. “When there is negative coverage, we help clients to handle the crisis,” shrugs Sheng, the CEO.

It’s a tactic that has long been employed by the CCP. A 2016 study by Harvard, Stanford and UC San Diego academics estimates that Beijing is behind the posting of 448 million social media comments annually. The potential for AI to take on this propaganda role is huge. “AI is part of the CCP’s strategy to maintain control and guide public opinion,” says Segal.

Mengdong also creates “Party-building” propaganda using virtual reality, which is then disseminated to CCP organizations across China. “I handle this project personally,” says Sheng proudly. “Virtual reality is perfect technology to show and recreate major events from the past.”

But right now the focus is mostly on the future—for both young people like Yin and for all of China. “If a country wants to be stronger, it needs farmers to grow food,” says Yin. “We are like farmers in technology. Without us, China cannot grow strong in AI.”

—With video by Zhang Chi 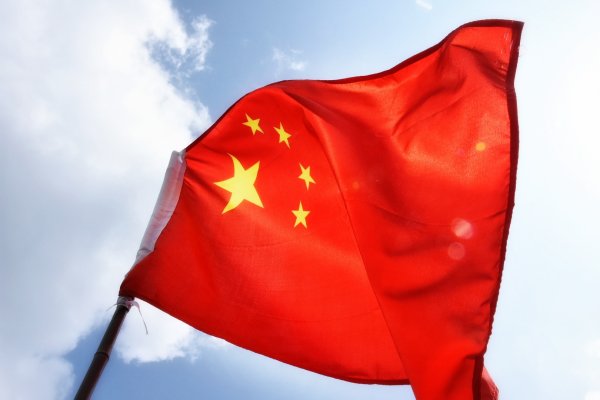