The Polar Vortex Is Causing Startling 'Frost Quakes.' Here's the Science Behind Them

Weather that feels like it’s -50° F outside is unnerving enough on its own. But for some midwesterners trapped in an icy polar vortex this week, those bone-chillingly cold temperatures have been accompanied by an unsettling phenomenon: loud and seemingly inexplicable banging sounds.

“A huge noise woke me around 2:30 am,” said one Twitter user. “Scared the living daylights out of me. Didn’t know what it was. A few minutes later, it happened again.”

“I heard loud knocks all night and couldn’t figure out what they were,” said another.

What’s causing these strange sounds? They’re most likely due to an extreme cold weather phenomenon called a “frost quake.” Also called ice quakes or cryoseisms, the cracking or booming sounds occur when moisture below ground starts to freeze and expand. As it does, it can move rocks and soil, occasionally causing them to crack, thereby producing the loud sounds that have been keeping people up at night.

“There is moisture or water underground that will freeze, and as that moisture freezes it expands and it will put pressure on the soil and rocks underground,” says Ben Deubelbeiss, a meteorologist at the National Weather Service’s Chicago office. “You can get these frozen chunks of soil and rock that will then crack and break and produce these popping sounds that we can here. And on rare occasions they may also cause some little tremors underground as well.”

It’s unclear how common these frost quakes are, Deubelbeiss says. But he says meteorologists only get reports of them during Chicago’s coldest nights, usually when temperatures are well below zero.

Though the sound of a frost quake can be scary, Deubelbeiss says that they aren’t dangerous, at least to his knowledge. For those in winter’s icy grip this week, the real danger are the cold temperatures themselves, which can cause frostbite and hypothermia in minutes if a person heads outside without proper clothing. 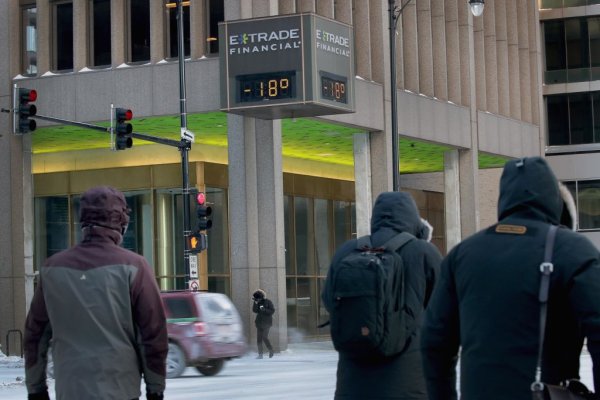