While the start of a new year has traditionally been a time to reflect on what belongs in your life and what needs to be eliminated, the first month of 2019 could be upping the ante with donations to thrift stores, which many attribute to Marie Kondo and her wildly popular minimalist organizing method, KonMari.

Kondo, who wrote about KonMari method (where users are advised to ask themselves if an item “sparks joy” to determine whether or not they should keep it) in her book, The Life-Changing Magic of Tidying Up: The Japanese Art of Decluttering and Organizing, recently debuted her own Netflix show called Tidying Up With Marie Kondo, where she helps homeowners with heavily cluttered homes organize their belongings and in turn, their lives.

Now, however, for one city, the donations are so great in number that a sample of stores in San Francisco that they’re actually putting restrictions in place. According to KPIX 5, thrift stores in the San Francisco East Bay Area are limiting when and how much they will accept due to the mass amount of donations. 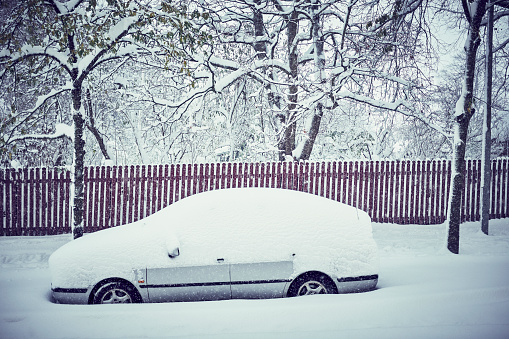 Dad Uses His Own Handy Child as a Snow Scraper That Gets the Job Done
Next Up: Editor's Pick