(Bloomberg) — The Federal Reserve said it will be “patient” on any future interest-rate moves and signaled flexibility on the path for reducing its balance sheet, in a substantial pivot away from its bias just last month toward higher borrowing costs.

The Federal Open Market Committee “will be patient as it determines what future adjustments to the target range for the federal funds rate may be appropriate to support” a strong labor market and inflation near 2 percent, the central bank said in a statement Wednesday following a two-day meeting in Washington.

In a separate special statement on Wednesday, the Fed said it’s “prepared to adjust any of the details for completing balance sheet normalization in light of economic and financial developments.” The central bank also said it would be ready to alter the balance sheet’s size and composition if the economy warrants a looser monetary policy than the federal funds could achieve on its own.

U.S. stocks rallied after the announcement, Treasury yields fell and the dollar sank.

The statements mark a broader shift toward risk management and follow months of criticism from President Donald Trump, who hectored the central bank for raising rates too much.

The FOMC dropped previous language calling for “some further gradual increases” in interest rates and opened the door for the next move to be either up or down, as it cited “global economic and financial developments and muted inflation pressures.” Policy makers also omitted a line saying risks to the outlook are “roughly balanced.”

The decision comes after Chairman Jerome Powell’s remarks earlier in January assuring that officials will be patient in raising rates helped to calm investors, who had perceived he was overly dismissive of sharp stock drops and volatility.

“The U.S. economy is in a good place and we will continue to use our monetary policy tools to help keep it there,” Powell said at the start of his press conference. The central bank expects continued solid growth this year, though at a slower pace than in 2018, he said. Amid the crosscurrents of a strong U.S. economy and some uncertainties abroad, a “common-sense” approach means the Fed will patiently await “greater clarity” and rely on economic data to guide policy, Powell said.

On the balance sheet, Powell said the normalization process will be completed “sooner and with a larger balance sheet” than previous estimates.

In another significant move, the committee said will continue to run monetary policy in an ample-reserve regime, where control over short-term interest rates “is exercised primarily through the setting of the Federal Reserve’s administered rates, and in which active management of the supply of reserves is not required.” That suggests the FOMC has will set policy with a larger balance sheet than would be the case if it went back to its pre-crisis approach.

“It’s hard to read this as anything other than the Fed has capitulated to the market,” said Michael Gapen, chief U.S. economist at Barclays Plc. “The market will read this as they’re done with the hiking cycle and that a halting in the balance sheet runoff is more likely than another rate hike.”

The 10-0 vote on the decision held the target range for the federal funds rate at 2.25 percent to 2.5 percent. Powell’s press briefing on Wednesday inaugurates a new approach of briefing the media after every meeting of the FOMC — eight times a year — instead of every other meeting. Policy makers will still update economic projections quarterly.

The statement was in line with the views of more than two-thirds of economists surveyed by Bloomberg News last week, who said the Fed wouldn’t keep the language on “some further gradual increases” and would instead signal greater uncertainty, refer to patience or remove the line entirely.

Officials gathered in Washington with less visibility on the economy after a five-week government shutdown delayed the release of some statistics including December retail sales and fourth-quarter gross domestic product.

Even without a full flow of data, the Fed said household spending “has continued to grow strongly” while business investment growth had moderated since earlier in 2018. The committee said economic activity “has been rising at a solid rate” and job gains have been strong. There was no reference to the shutdown.

As the central bank does every January now, the Fed also published a separate statement on its longer-run goals and policy strategy. The statement reaffirmed the central bank’s 2 percent inflation target, and again stressed its symmetry, meaning it would be concerned if it persistently ran above or below that target. 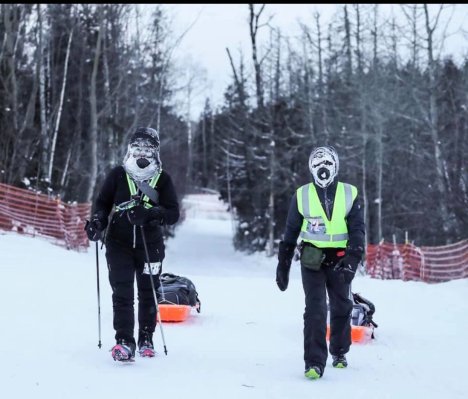 These Ultramarathoners Are Running in 28-Below Weather
Next Up: Editor's Pick