To hear it from National Security Advisor John Bolton, it’s time for America to launch all measures short of war to push Venezuelan President Nicolás Maduro from power in one of Latin America’s poorest countries.

In an unprecedented messaging campaign, Bolton has posted 23 tweets on his account since Jan. 8 about Venezuela and his desire to see leadership change there. He’s also rallied around two dozen countries to support Juan Guaido, who invoked an article in the Venezuelan Constitution to declare Maduro “illegitimate” and himself as interim president. And Bolton has announced billions of dollars in new sanctions against Maduro and the country’s state-owned oil monopoly Petroleos de Venezuela.

What may be most striking about all this is that such hard-knuckle power plays aren’t really in Bolton’s job description. He always relished his role as a bomb thrower during his career in the State Department and then as U.S. ambassador to the United Nations. But now his role as White House National Security Advisor is to coordinate U.S. strategy, traffic-copping other people’s policy disputes and presenting the president with options and decision points on some of the nation’s toughest challenges. Instead, in the case of Venezuela, Bolton has emerged as the public face of a policy by dragging into social media, nightly newscasts and press conferences.

“There are different models of national security advisors, but most have played the role of policy umpire — convening other principals to provide the President with the wisest consensus advice,” said Ned Price, who served as a National Security Council spokesman for President Barack Obama. “Clearly, Bolton isn’t playing that role, and the concern is that no one is.”

During the press briefing on the economic sanctions, Bolton held a notepad on his chest visible to cameras, which said “5,000 troops to Colombia,” presumably in his own handwriting. The message — deliberately exposed or not — pinballed around Washington and provoked speculation about pre-positioning American forces inside Colombia for a rapid deployment in neighboring Venezuela, if called upon. The Pentagon refused to discuss the matter, referring all questions to the White House. A White House spokesman responded: “As the President has said, all options are on the table.”

Perhaps most brazenly, Bolton appeared in an interview on Fox Business and disclosed that the U.S. government was in talks with American corporations on how to capitalize on Venezuela’s oil reserves, which are proven to be the world’s largest.

“We’re in conversation with major American companies now,” he said. “I think we’re trying to get to the same end result here. … It will make a big difference to the United States economically if we could have American oil companies really invest in and produce the oil capabilities in Venezuela.”

The sale of oil is the single most important income stream to the Venezuelan government. Washington has massive leverage in staunching the trade, considering Venezuela sends 41% of its oil exports to the United States. The Trump Administration was not shy about this fact during Monday’s announcement of sanctions.

“Effective immediately, any purchases of Venezuelan oil by U.S. entities — money will have to go into blocked accounts,” Treasury Secretary Steven Mnuchin said. “Now, I’ve been in touch with many of the refineries — there is a significant amount of oil that’s at sea, that’s already been paid for — that oil will continue to come to the United States.”

The hastily imposed restrictions sparked frustration among lawmakers from Gulf states that more steps weren’t taken to minimize the impact to energy companies that had shipments to Venezuela underway, according to a Congressional aide.

Trump spoke with Guaido for the first time Wednesday during a phone call before planned protests kicked off across the country. Trump called Guaido “to congratulate him on his historic assumption of the presidency and to reinforce President Trump’s strong support for Venezuela’s fight to regain its democracy,” according to White House press secretary Sarah Sanders.

As leader of the country’s parliament, the National Assembly, Guaidó says he is constitutionally bound to take charge if there is no legitimate president in the country. (Maduro’s second term, won in rigged elections in 2108, is not recognized by the opposition.) Guaidó proclaimed himself president before crowds of supporters in Caracas at mass anti-government protests on Jan 23, triggering U.S. support.

Carlos Vecchio, the U.S. representative for Guaido in Washington, met with Vice President Mike Pence Wednesday and appeared on a panel at the Atlantic Council think tank. As expected, he welcomed the U.S. public support. “There are three types of pressure to be exerted now,” Vecchio said. “One is internal pressure, people out in the streets. Then we have pressure from the National Assembly, the only legitimate democratic institution in the country. The third is international pressure.”

Venzuela is into its fifth year of economic crisis. Nine out of 10 households say they don’t have enough money to buy food. Nearly two-thirds go to sleep hungry at night. The average Venezuelan lost 24 pounds in 2017 and hundreds of thousands of children are at risk of death from malnutrition. Locals call the lack of food, “The Maduro diet,” after Maduro, who since 2013 has led Venezuela’s increasingly authoritarian government and driven the country into humanitarian crisis.

His administration’s economic policies have been unable to replicate the socialist welfare policies of late Venezuelan president Hugo Chavez, who presided over the country at a time of sky-high oil prices. To date, 3 million Venezuelans (roughly 10 percent of the country) have fled the country in search of a better life elsewhere.

Still, the Trump Administration’s willingness to get involved in the country’s deep-seated problems has invoked memories of the long and bloody history of American imperialism in Latin America. Throughout the Cold War, the U.S. used a range of interventionist methods to stop the success of left-wing movements and populist uprisings.

In Venezuela itself, the U.S. gave its tacit approval of a coup attempt against Maduro’s predecessor Hugo Chavez in 2002. Declassified CIA intelligence briefings show that the George W. Bush Administration had prior knowledge of the opposition’s plans and did not share their information with Chavez. He was deposed for less than 48 hours until overwhelming popular support and loyalists in the military helped return him to power.

Maduro, seeing the Trump Administration publicly move against him, took to Twitter on Wednesday to directly appeal to the American people: “I ask for your support in order to reject the interference of Donald Trump’s administration which intends to turn my Homeland into a ‘Vietnam war’ in Latin America.” 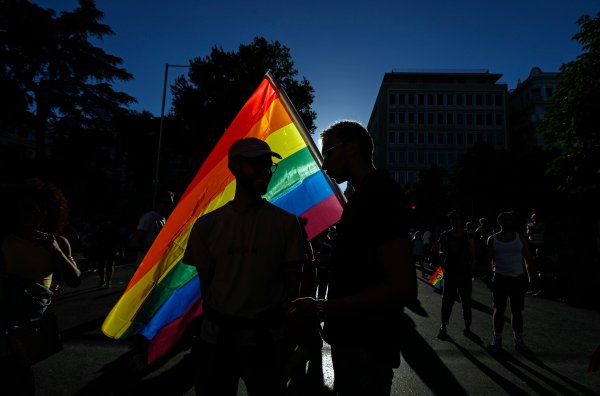