Sen. Elizabeth Warren (D-MA), speaks during a New Hampshire organizing event for her 2020 presidential exploratory committee on Jan. 12, 2019 in Manchester, New Hampshire.
Scott Eisen—Getty Images
Ideas
By Daniel Hemel
Daniel Hemel is an assistant professor at the University of Chicago Law School and a visiting professor at Stanford Law School.

Senator Elizabeth Warren’s proposal for a 2% annual wealth tax on households with a net worth of $50 million or more has drawn praise from progressives who view it as a necessary response to rising economic inequality and jeers from conservatives who see it as confiscatory and unconstitutional. But commentators on both ends of the ideological spectrum seem to agree on one thing: Warren’s idea is “radical.”

In fact, a 2% annual wealth tax isn’t all that dissimilar — at least in theory — to something more familiar and less controversial: an income tax. The major differences are administrative and legal. A wealth tax is more difficult to enforce, and it’s more likely to be struck down by the courts. All of which raises the question: Why did Warren, the senior Democratic senator from Massachusetts and now a candidate for her party’s 2020 presidential nod, propose a new wealth tax rather than an improved income tax that would accomplish much the same result?

We’ll get to that question at the end. But first, let’s set aside the rhetoric and look at the arithmetic.

The figures in the example above — a 40% tax rate and a 5% rate of return — were chosen to make the math easy, but they turn out to be reasonably realistic. The average rate of return on 10-year Treasury bonds from 1928 to 2018 was approximately 5%, and the top federal income tax rate under current law is 40.8%. If high-net-worth individuals are paying income taxes at the top rate and if their portfolios are growing at 5% annually, they already are giving approximately 2% of their wealth to the government each year.

In reality, most high-net-worth individuals are paying much less than that. There are three main reasons why.

First, a much lower rate — 23.8% — applies to long-term capital gains and qualified dividends. That includes income from investing in stocks or selling a business. Most of the income flowing to the very rich falls into these categories that receive preferential treatment.

Second, federal tax law allows an individual to avoid capital gains tax entirely if she holds onto her property until she dies. This is known as “stepped-up basis.” In the normal course, an individual who sells an asset pays tax on the difference between the sale price and her “basis,” which is generally what she bought it for. But when a taxpayer bequeaths assets to her heirs, the basis is “stepped up,” or reset, to the value at the time of death. In effect, all of the tax that would have been due on the increase in value over her lifetime is wiped away.

Third, high-net-worth individuals (and less wealthy investors, too) often benefit from something called “deferral.” Instead of paying taxes on gains as she makes them, an individual can wait until she sells the asset to pay taxes — and because of the time value of money, waiting is almost always better from the taxpayer’s perspective. For example, if an individual pays a 40% income tax each year on an investment yielding a 5% return, then the tax will reduce her return by 2 percentage points. If she holds the same 5%-yielding investment for 50 years and defers her 40% income tax to the end, then the tax will reduce her rate of return by less than 1 percentage point. Poof — deferral has erased more than half of her tax burden.

All this discussion of capital gains, stepped-up basis and deferral may cause some readers’ eyes to glaze over. But these three factors are important to understanding why high-net-worth individuals end up paying much less than 2% of their wealth each year in federal taxes. For example, Warren Buffett disclosed that he paid $1.8 million in federal income taxes in 2015, which amounted to approximately 0.003% of his net worth at the time. Even Buffett agrees that this is a problem.

How To Fix It

The first two changes are straightforward, but the third is a bit more involved. Congress could largely undo deferral by adopting the following rule: When you sell an asset for more than what you bought it for, we will assume that it appreciated at a constant rate. We will then figure out how much you would have owed each year if you had been taxed on your gains as they accrued, and we will charge you interest on the taxes that you should have paid along the way. In the end, you and the government will both be in approximately the same position as if there had been no deferral in the first place. Some economists have suggested ways to tweak this formula further, but the basic point still stands: Deferral is a problem that we know how to solve — if only we have the political will.

The Problems with Warren’s Solution

Instead of fixing the income tax system that we already have, Senator Warren’s proposal would leave our broken income tax in place while layering on an entirely new and unwieldy wealth tax regime. There are two reasons why this decision is unwise.

First, a wealth tax would be an administrative nightmare. It would require us to calculate the value of a household’s assets year in and year out — which may be easy for publicly traded stocks with daily price quotes, but is much harder for illiquid assets like real estate or stakes in privately held companies. For example, how much are shares in the ride-sharing service Lyft worth? The company’s underwriters value the company at somewhere between $18 billion and $30 billion — a rather wide range. With other assets like fine art (remember, we’re talking about the super-rich here), valuations are even less certain: works sometimes sell at auction for less than their pre-sale estimates and sometimes for fourfold more.

Warren says that she would ensure proper enforcement of her wealth tax by hiring more IRS employees and conducting more audits. But valuation problems won’t be solved by more manpower. In many instances, there is no one “right” answer to the question of how much an asset is worth, no matter how many people we throw at the problem. Wealthy taxpayers will likely pick a low-end figure, and it will be impossible for the IRS to prove that they are wrong.

Second, even if Warren’s proposal passes Congress, there is a good chance it will be struck down by the courts. The Constitution says that “direct taxes” must be apportioned among the states on the basis of population. In other words, if 12% of the population lives in California, then only 12% of revenues from a “direct tax” can be raised from California — no more, no less. Warren’s proposal would generate more revenue per capita from richer states like Maryland and New Jersey than from poorer states like Mississippi and West Virginia, so it would clearly flunk the apportionment test.

Would Warren’s wealth tax be a “direct tax”? It would apply to all assets, including real estate. The Supreme Court said several times in the United States’ first century that taxes on real estate are direct taxes, and the court concluded in a case 99 years ago that any tax on wealth is a direct tax. So the precedents are not in Warren’s favor, and the court’s current conservative composition isn’t either. Income taxes, by contrast, are explicitly approved by the Sixteenth Amendment, and the Supreme Court also has repeatedly held that taxes levied at the time of death don’t need to be apportioned.

Why Reinvent the Wheel?

So why did Warren propose an administratively difficult and constitutionally doubtful wealth tax when she could have taken the income tax route and arrived at a similar economic result?

Warren hasn’t really answered that question herself. But one possibility is that wealth taxes — though hard to implement — are easy to explain. Raising the capital gains rate, repealing stepped-up basis and eliminating the benefit of deferral would be better policy, but they might not work as well in a stump speech. If Warren had proposed to fix the income tax rather than to pioneer a new wealth tax, her plan almost certainly would not have generated as many news headlines (or wonkish articles from tax law professors in the popular press). And at this stage of the crowded 2020 Democratic presidential race, headlines are the most valuable currency.

Ultimately, Warren is right that we need to reform our tax system so that the very rich pay a larger share. That includes not only households above the $50 million threshold, but also not-quite-as-wealthy multimillionaires like Warren herself, whose net worth was estimated by CNN in 2015 to be nearly $9 million. Yet we do not need a wealth tax in order to tax the wealthy, and we can accomplish that objective more effectively by improving upon the system we already have. “Fix the income tax” might not sound radical. But it would likely do more to reduce the wealth gap than Warren’s splashier plan. 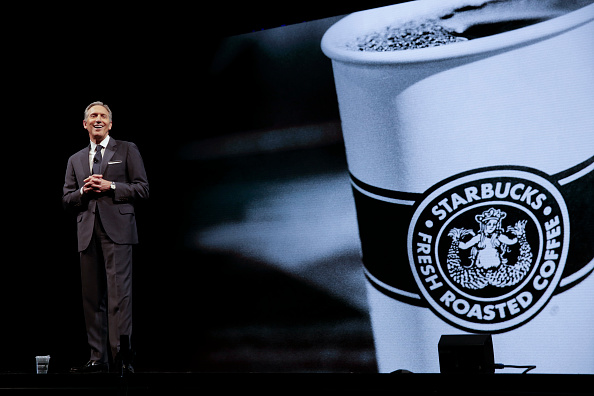 Critics Are Flooding the Comments on Howard Schultz's MasterClass on Leadership
Next Up: Editor's Pick