It’s so cold in Chicago that the Chicago River is crusted with ice and giving off vapors that look like smoke.

Temperatures in Chicago are expected to be dangerously cold, hovering between 15 and 25 degrees below zero, according to the National Weather Service. Wind chills are likely to hit anywhere from 35 to 50 degrees below zero. The severe weather on Wednesday could even surpass Chicago’s coldest recorded temperature of minus-27 degrees.

As Chicago residents hunker down inside, the weather is having an effect on the city’s natural attractions.

Video footage of the Chicago River shows ice forming on the top, with vapors coming off some sections — giving the appearance that the river is steaming.

But the reality couldn’t be farther from the truth: Such vapors occur when cold air moves over water that holds a warmer temperature, creating a phenomenon known as sea smoke. 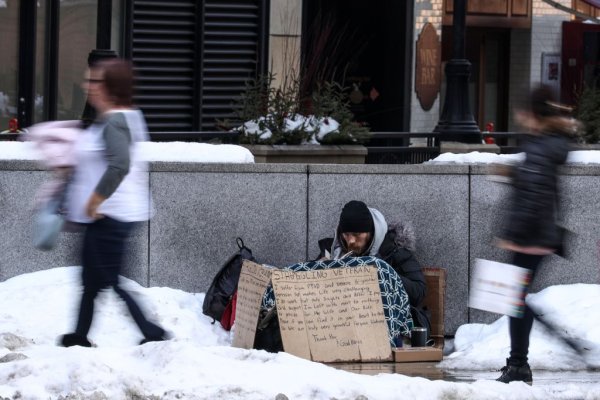 'I Thought I Was Going to Die.' How Chicago's 80,000 Homeless People Are Surviving in Deadly Zero-Degree Weather
Next Up: Editor's Pick