As Antarctic-like temperatures spread across the Midwest this week, people put the extreme cold to the test by throwing boiling water in the air.

With a polar vortex causing wind chills to drop as low as 60 degrees below zero in some states, Midwesterners are filming themselves demonstrating what happens when you toss boiling water into freezing air. The often viral videos see participants brave the cold to showcase how quickly boiling water turns into snow when flung into a bone-chilling breeze.

According to National Geographic, this winter phenomenon occurs because of how close boiling water is to evaporating. “Because they’re so hot, those tiny water droplets start to vaporize. But since cold air can’t hold as much water vapor as warmer air, the water condenses. Extremely cold temperatures quickly freeze the water droplets, which fall as ice crystals,” Nat Geo reports.

Some people have even started getting creative with the experiment. “Boiling water. SuperSoaker. Oven mitts. Let’s go,” one enthusiastic Twitter user captioned his footage.

See some of the other videos below. 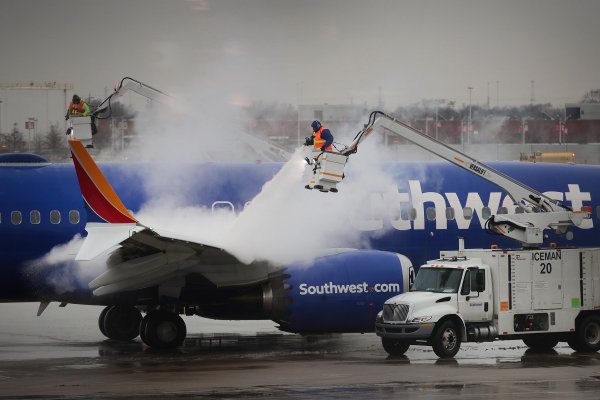 Thousands of Flights Are Being Cancelled Because of the Extreme Cold. Here’s What to Do if It Impacts You
Next Up: Editor's Pick