Apple also reported better-than-expected earnings from the key holiday quarter. While iPhone sales fell, revenue from other businesses, such as services and wearable devices, grew from a year earlier.

The Cupertino, California-based company said fiscal second-quarter revenue will be between $55 billion and $59 billion. Analysts were looking for $58.97 billion, according to data compiled by Bloomberg.

The company had lost about a third of its market value since October on concern about a saturated smartphone market and the trade war between the U.S. and China. The world’s second-largest economy recently revealed the slowest expansion since 2009. Apple gets about a fifth of its sales from Greater China. Earlier this month, Apple Chief Executive Officer Tim Cook warned that the company would miss its holiday quarter sales target. That set a low bar for Tuesday’s results.

“While it was disappointing to miss our revenue guidance, we manage Apple for the long term, and this quarter’s results demonstrate that the underlying strength of our business runs deep and wide,” Cook said in a statement.

While iPhone revenue declined 15 percent in the quarter from the period a year earlier, sales increased for all other product categories, the company said. Revenue from services grew 19 percent to $10.9 billion, Mac sales gained 8.7 percent to $7.4 billion and iPad revenue increased 17 percent to $6.7 billion.

The company, for the first time, specified “wearables, home and accessories” as a product category with sales of $7.3 billion — a 33 percent jump. 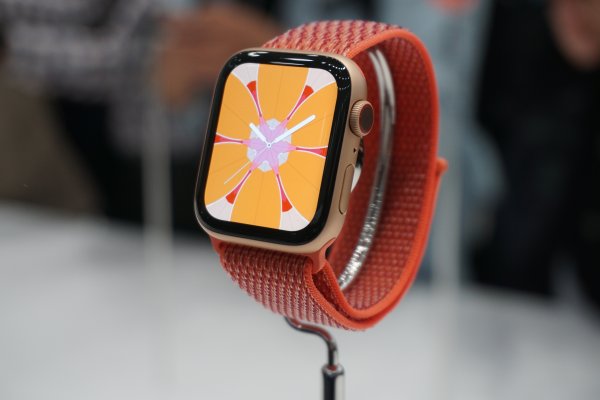 This Health Insurance Giant Wants to Pay for Your Apple Watch
Next Up: Editor's Pick