Youngest U.S. Women's Figure Skating Champ Ever Gave Her Medal to Her Dad for the Sweetest Reason

Alysa Liu made history on Friday when she clinched first place for women at the 2019 U.S. Figure Skating Championship in Detroit, Michigan as the youngest winner ever at the age of 13.

Liu’s astounding performance included landing two triple axels during her free skate, making her the first American woman to make two. She also landed a triple axel in her short program, becoming only the fourth American woman to do so in competition (the first was Tonya Harding in 1991, followed by Kimmie Meissner in 2005 and most recently, Mirai Nagasu at the PyeongChang Olympics in 2018).

The Northern California skater broke the record previously held by Tara Lipinski as the youngest U.S. women’s champion, when she won at age 14 in 1997. According to the Today Show, Lipinski, who was a commentator for the event, told Liu: “I’m so proud of you, records are meant to be broken and I’m so happy you broke the record.”

Liu, who stands at 4′ 7″, needed help to climb onto the 2-foot tall first place podium, where she received her gold medal. Following the ceremony, she gave her medal to her father, Arthur Liu, as thanks for his help in helping her achieve her victory.

“He just helps me so much bringing me to the rink every day, and I think he puts in a lot of effort and he deserves it,” Liu said during an appearance on the Today Show.

While at 13 Liu is too young to compete internationally on the senior level, she’ll be 16 and well within eligibility for the 2022 Winter Olympics in Beijing, China. She’ll definitely be one to watch, as the U.S. hasn’t won an Olympic medal for women’s figure skating since 2006. 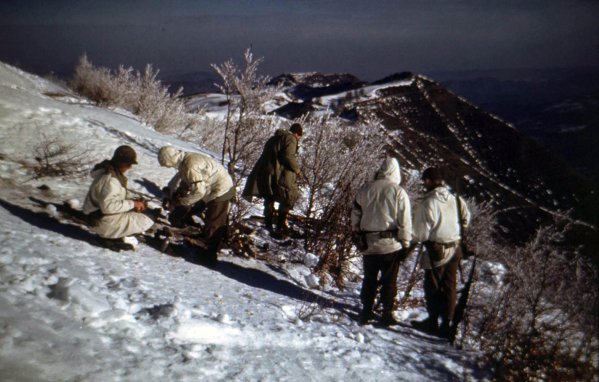 The Nazi-Fighting Winter Soldiers Who Taught America to Ski
Next Up: Editor's Pick