Margot Robbie is officially back in action as Harley Quinn. Following her breakout performance in Suicide Squad, Robbie is gearing up to reprise her role as Quinn in director Cathy Yan’s Birds of Prey movie — a DC Extended Universe release that is set to hit theaters on Feb. 7, 2020.

Robbie took to Instagram on Monday to reveal her character’s new look for Birds of Prey (And the Fantabulous Emancipation of One Harley Quinn). In the photo, Robbie is wearing a customarily eccentric costume that includes a dog tag necklace featuring the name Bruce — an accessory that could foreshadow a Birds of Prey run-in with Bruce Wayne, a.k.a. Batman.

“Miss me? HQ,” she captioned the shot.

“I pitched the idea of an R-rated girl gang film including Harley, because I was like, ‘Harley needs friends,’” Robbie told Collider in May 2018. “Harley loves interacting with people, so don’t ever make her do a standalone film.” 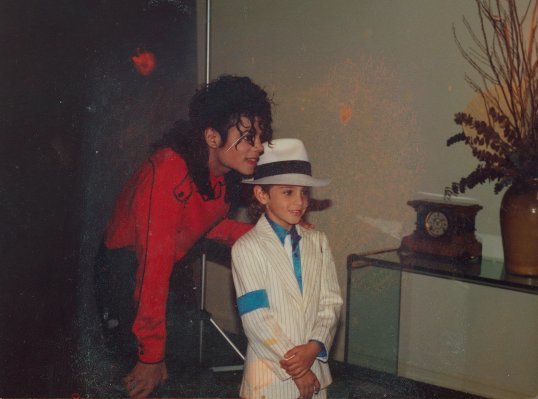 Everything We Know About the Michael Jackson Allegations Revived in the Documentary Leaving Neverland
Next Up: Editor's Pick