The government chose to erect the barrier amid fears that African swine fever is spreading across Europe, it said in a statement. An outbreak of the disease, which is highly contagious, has no cure and is fatal to pigs, was recorded in nearby Belgium in late 2018.

With around 12 million pigs at any one time, swine outnumber people two to one in Denmark. Meanwhile, ASF could pose a threat to the country’s $4.6 billion pork industry.

The fence will be five feet tall, designed to allow larger animals such as deer to jump over it. The government says the project, which will be completed in fall 2019 and is expected to cost $12 million, is “common sense.”

But environmentalists claim the fence, which will be electrified, could endanger protected wildlife species, including the wild wolf.

And, over the border, some have questioned the effectiveness of the fence in preventing the spread of the disease. “The virus spreads mainly through people – through animal transport, hunting trips, infected food,” agriculture minister for the northern German region of Schleswig-Holstein told German media. “We have significant doubts about the usefulness and necessity [of the fence]. 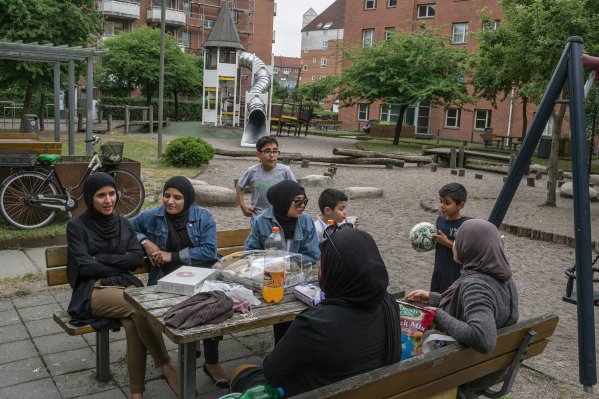 An Island for ‘Unwanted’ Migrants Is Denmark’s Latest Aggressive Anti-Immigrant Policy
Next Up: Editor's Pick