The Islamic State has claimed responsibility for the Sunday church bombings on a southern island in the Philippines that killed at least 20 people, the deadliest attack in the restive region in years, Reuters reports.

In a post in the Islamic State’s Amaq news agency, the militant group took responsibility for the attack, but did not provide evidence for the claim.

A spokesperson for Philippine President Rodrigo Duterte vowed to “crush” the culprits behind the attack, which also wounded more than 100 people.

“The enemies of the state have boldly challenged the capability of the government to secure the safety of the citizenry in that region,” spokesperson Salvador Panelo said, according to Reuters. “The armed forces of the Philippines will rise to the challenge and crush these godless criminals.”

Police appear to suspect the bombings are the work of Abu Sayyaf, a homegrown insurgent group that has pledged allegiance to Islamic State and has been linked to series of bloody attacks on civilians as well as government troops, according to Reuters.

Jolo has long been a base for the ISIS-affiliated militants.

From Panama, Pope Francis condemned what he called a “terrorist attack.” “May the Lord, prince of peace, convert the hearts of the violent ones,” he said during a prayer.

The first blast went off inside the cathedral on Jolo island, in the southern Sulu province, followed by a second that went off as security rushed to the site.

The attack came six days after the Muslim-majority region voted in favor of autonomy in a referendum that aims at ending a long, tumultuous period of violence. 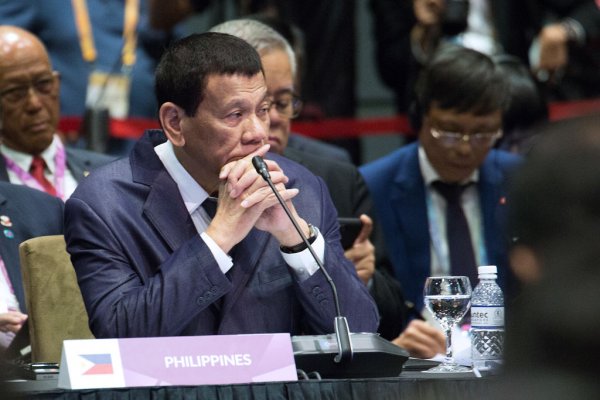